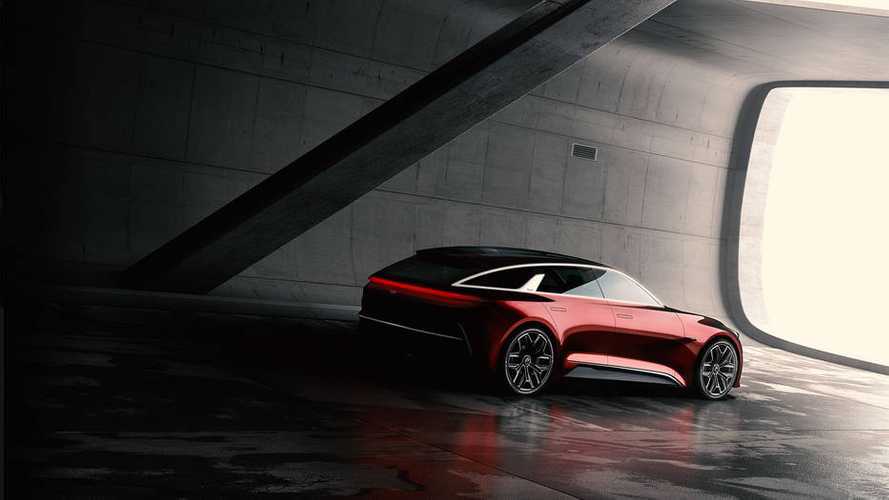 The stylish Kia Fastback Wagon concept is set to make its debut at the upcoming Frankfort Motor Show (IAA) and apparently a PHEV variant may be in the cards.

As we have learned from recent announcements, Kia seems to be upping its future plans for electrification and all-electric models. When taking into account its short range and limited availability, the pure-electric Soul EV has proven pretty successful for what it is. The automaker also offers currently offers the Optima PHEV, as well as the Niro PHEV and Optima Sportwagon PHEV, which are now available in some markets. The Niro EV will come to market in 2018.

This is not the first we have heard of new Kia models likely coming in electrified or all-electric variants - 2018 Stinger. (Image Credit: Kia)" draggable="false">

This is not the first we have heard of new Kia models likely coming in electrified or all-electric variants - 2018 Stinger. (Image Credit: Kia)

We recently reported that the Kia's new Stinger (grand touring hatchback) may come as an all-electric offering by 2020. Now, an "extended hot hatchback" is on the way, and it may eventually be electrified as well. The new Fastback Wagon concept is based on the current three-door Pro-Cee'd version of the Kia's Cee'd model. Although it's only a concept, Kia asserts that it will likely come to fruition. The automaker told Automotive News Europe:

"We don't make concept cars for no good reason. It's up for very serious consideration as a standalone model."

The new Cee'd will likely make its debut next year in Geneva. This new Fastback Wagon concept will give attendees an early look at the styling cues of the redesigned Cee'd.

According to ABC Nyheter, the all-new Cee'd will likely come in a plug-in hybrid configuration. This is beginning to be a trend for Kia and sister company Hyundai, so it would make sense. Further, this all-new Fastback Wagon would also eventually get the PHEV treatment. The publication explains that this direction will surely result in higher sales for Kia in the future, especially in European markets. If the automaker continues to follow this path, we can expect to see all of these new models in all-electric configurations at some point sooner rather than later.