Tesla Model S Gets Understated, Yet Aggressive Update With New Aero Kit By Prior Design 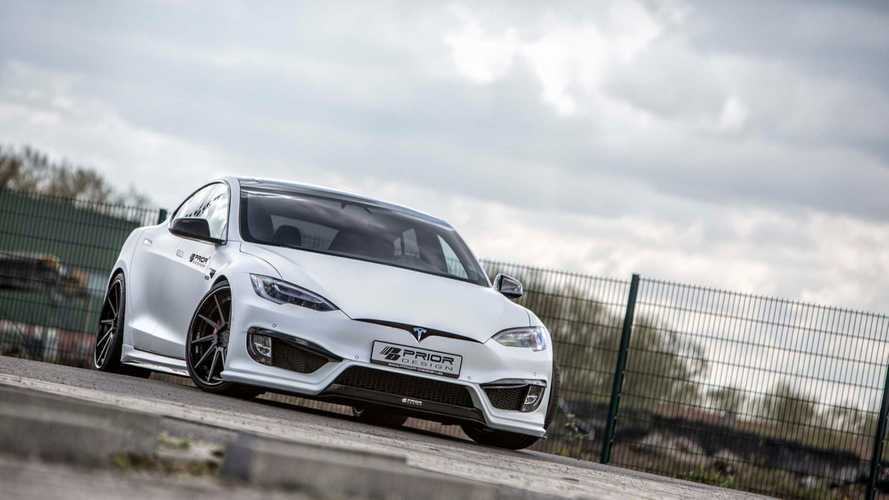 We don’t see many tuners adding touches to Teslas, never mind the Model S. Chalk it up to the all-electric nature of the beast – it’s tough to tweak tidbits like exhaust systems or engine parameters when such things don’t exist, and performance enhancements are generally part of the tuner package.

There’s still the aesthetics, however, and we’re very happy Prior Design stepped in with their take on the Model S, because it looks fabulous.

Starting with a Model S P100D, the folks at Prior Design swap in a new front bumper that incorporates a spoiler lip. This certainly livens up the face while adding some subtle aggression, a theme which is continued at the rear with a new valence that includes a diffuser. The requisite spoiler crowns the backside, which according to Prior Design works with the diffuser to help reduce lift at speed. Considering blistering straight-line acceleration is Tesla’s claim-to-fame with the Model S, we’re not sure buyers are that interested in downforce at higher speeds, but hey, it all looks cool.

Deeper side sills available in either Duraflex or carbon fiber connect the updated front and rear clips. An H&R electronic lowering module provides a slight drop in stance, while a set of 21-inch PD5 alloy wheels with 245/30-series tires in front and 295/25-series tires in the rear fill the wheel wells. Inside, Prior Design adds Nappa leather, Alcantra upholstery, and carbon fiber inserts to remind drivers they're not piloting a normal Tesla.

Overall, the package offers a subtle-yet-noticeable edge to the Model S. It’s so easy for such kits to go too far in the shock-and-awe department, but Prior Design seems to have found a delectable balance that preserves the inherent elegance in the Model S design, yet hints at the car’s hypercar-worthy straight-line performance.

Gallery (below): Tesla Model S via Prior Design