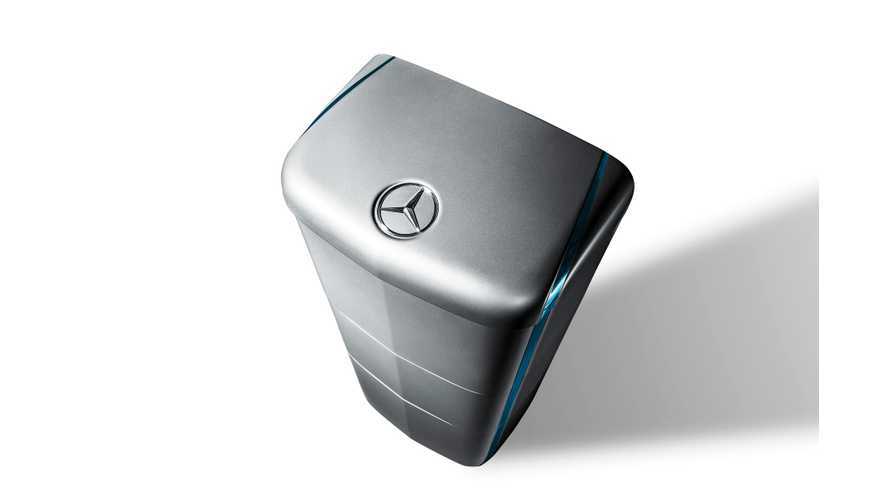 Based on the same technology implemented in the company's hybrids and EVs.

For those of you unfamiliar with Mercedes-Benz Energy GmbH, it’s in charge (get it?) of selling energy storage systems. These are manufactured in Germany by Accuomotive, a wholly owned Daimler subsidiary. 500 million euros (about $543M) were invested in the production facility located in Kamenz where roughly 100 battery experts are working to perfect the technology.

These energy storage units were actually developed initially for automotive operation processes, but now the lithium-ion battery packs are being put to good use for homeowners. Customer deliveries in U.K. have kicked off and buyers get to choose from several energy solutions with up to eight battery modules.

Each module has an energy capacity of 2.5 kWh, so the biggest pack available with eight modules has a maximum capacity of 20 kWh. The technology has been in use in more than 80,000 of Mercedes’ road-going plug-in hybrids and EVs sold since 2012. In this new application, it allows homeowners who have their own solar energy systems to store the surplus power “with virtually no losses.”

Mercedes-Benz Energy has set up a network of distributors in U.K. responsible for selling the energy storage units and has also teamed up with qualified partners to handle installation. The product available for home electricity generation typically encompasses a photovoltaic (solar) system, an energy management system, a battery inverter — and obviously, the energy storage unit itself.

It will be available in United States later this year with a 10-year warranty and the option to choose from wall or floor installation. Mercedes touts the energy storage unit is practically noiseless and incorporates backup power functionality. In addition, a high-voltage version is currently in the works and will be launched at a later date.

Similar to Tesla’s Powerwall, Mercedes-Benz Energy’s solutions are also available in South Africa as well as in the Benelux region (Belgium, The Netherlands, and Luxembourg.)