Apple Maps Gets Into The EV Charging Game In UK 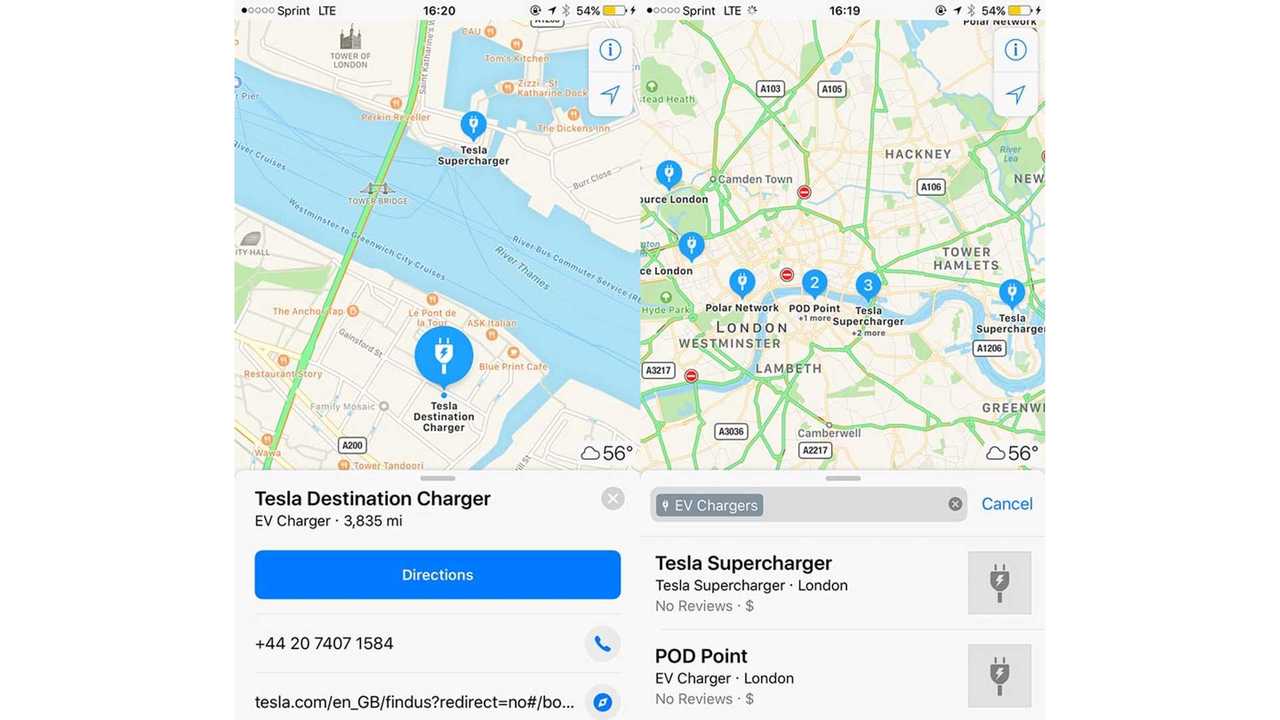 But is it too little, too late?

If you want your Apple CarPlay to finally direct you to an electric vehicle charger, good news. Apple is expanding its built-in navigation app with EVSE information for Europe, starting with the UK. This sort of info came to the U.S. part of Apple Maps late last year.

The UK EV charger data is drawn from Moovility, which is run by Cirrantic and is based in Munich, Germany. Given that Moovility already lists EVSEs for other countries on its website, we assume more such spots will be available in Apple Maps soon. After all, if the CarStations app and Google Maps already have this sort of data (which they do), then Apple needs to at least keep pace, if not take the lead somehow. The CEO of Cirrantic, Arne Meusel, told Bloomberg that, "We think that consistent, live information of the growing charger infrastructure increases the confidence of EV drivers and, especially with Apple Maps, attracts new user groups to sustainable mobility offerings like EV cars. In the U.K. we started with supporting the major charger operators, including Podpoint, CYC, Ecotricity, NPower and NewMotion. Any interested operator is welcome to set up a connection with us."

Since we're not driving an EV through London at the moment, we're not sure if the Apple Maps information is better than a dedicated EVSE app like the one from ChargePoint or the built-in databases found in the nav systems of some EVs. Yes, we know that the ChargePoint app doesn't work in Europe, but there are other EVSE-specific alternatives available. Those of you who use these sorts of digital services in Europe, which do you find most useful, and do you think Apple's entry will make finding a place to charge up easier than whatever system you're using now?

Alongside the EV updates, Apple has also added bike rental locations to its London, Paris, and New York maps.