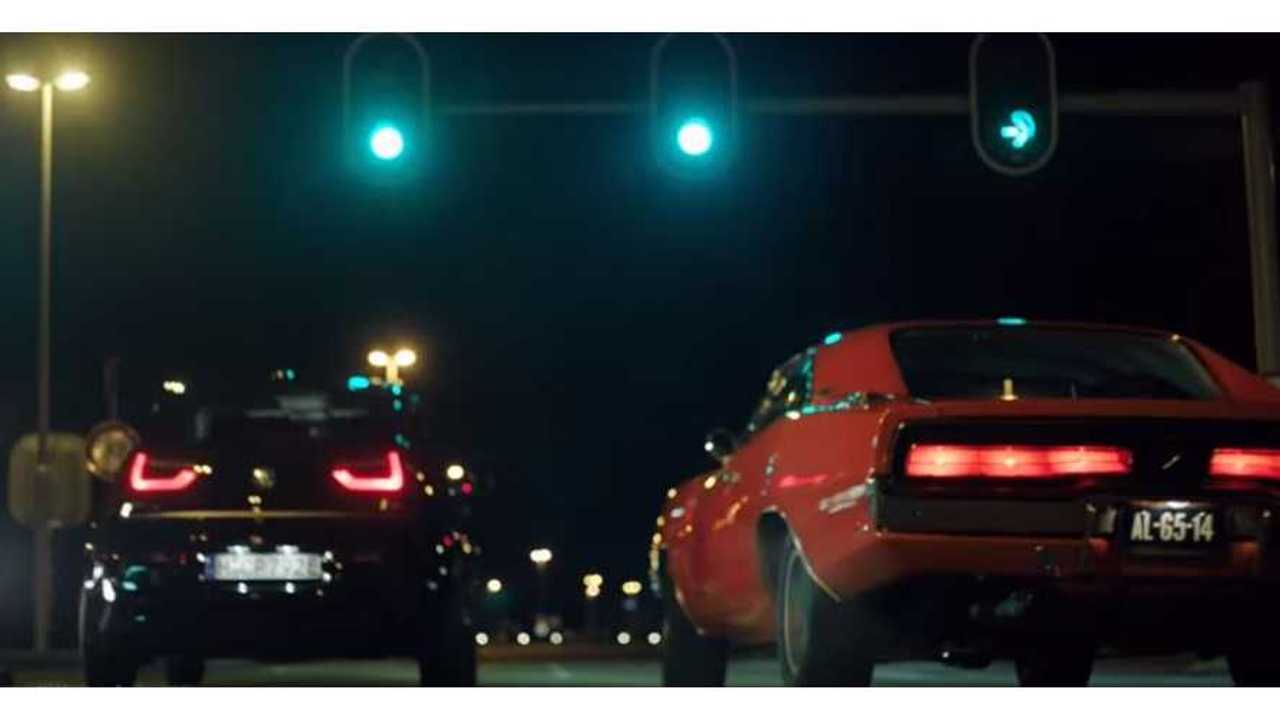 Move over old ass Dodge Charger. There's a new BMW i3 ready to smoke you in the "first meters."

When it comes to drag racing, electric cars often get the early jump off the line, so BMW Deutschland came up with a plan to highlight its newly revealed 2018 i3s. Let's pit it against the drag strip reference car from back in the ol' days - the Dodge Charger.

There's some comedic value to the video, but the point is still quite clear. Electric cars are seldom beat off the line. Yes, those gas relics can eventually catch back up, but the electric car is king off the line. It's that instant torque, ya know.

"Powerful. Silence. Directly. Thanks to the full electric drive BMW eDrive, the BMW i3s accelerates from 0 to 60 km / h with an impressive 3.7 seconds. A tap on the accelerator pedal is enough - and the incomparable dynamism unfolds. Unbeatable on the first meters."

That's 0 to 37 mph in 3.7 seconds, which is quick enough to catapult the BMW i3s ahead of the Charger right out of the gate. The new i3s can hit 62 mph in 6.9 seconds, which isn't terribly impressive really given its 184 HP and 200 pound-feet of torque. It's certainly not in Tesla's uber-performance league of mid 2-second 0 to 60 MPH runs with the P100DL (not that we expect it to be), but the i3s can certainly stand its ground against most modern day ICE sedans/hatchbacks.

For reference (and note the speed listed is 30 MPH, not 37 MPH like for the BMW), previous tests have found that the Chevrolet Bolt can whiz from 0 to 30 MPH in just 2.9 seconds, while the Chevy Volt accomplished the feat in only 2.6 seconds.