Hyundai Ioniq Electric Subscription From $275 A Month, Arriving In US Now 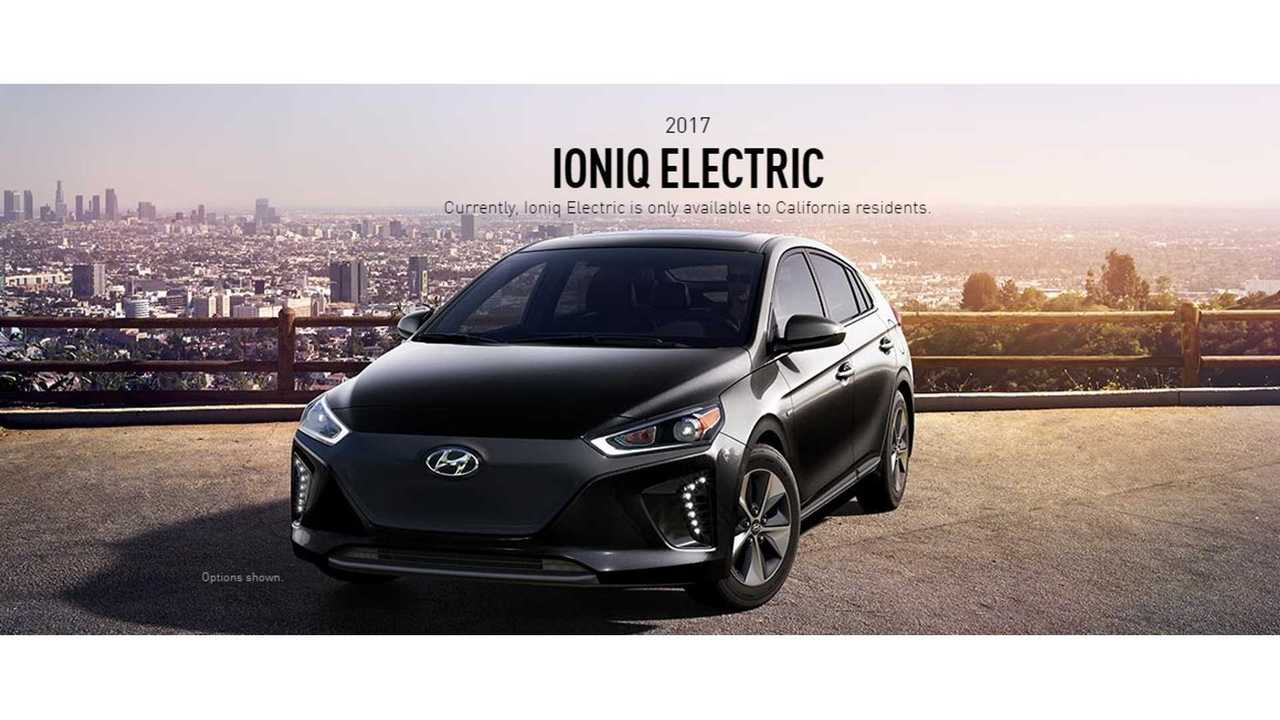 Deal only valid in California

Buying a Hyundai Ioniq just got more options. After announcing a subscription plan for the Ioniq Electric back in November, the automaker has revealed just how much it will cost to treat your EV like you do your phone.

That's what it'll cost you to drive as much as you want in a new EV for 36 months. There is a $2,500 down payment, but the state of California offers a rebate of, well guess what, $2,500. If you wonder what'll happen if you don't live in California and so can't get the rebate, well guess what, Hyundai's subscription offer is only good in the Golden State. And, for now, it's only available in a few parts of California, specifically Los Angeles, Orange, and Riverside counties. The subscription will come to NorCal and SanDiego later this year.

As we learned recently, to outright buy an Ioniq Electric will cost you at least $29,500, or $22,000 after the $7,500 federal tax credit. It's not a good idea to simply compare the numbers, though, because the Unlimited+ price covers more than just the car itself. As the press release says, it includes:

Hyundai is also trying to make it as easy as possible to get your Ioniq EV, since you can go online and pick out your car and find out how much it will cost (pretty much, what we explained above). You do a credit check, then do to the dealer when the car is in, fill out some forms, and and off you go. That's their idea, any way.

Editor's note:  Word on "the street" is that first shipments (in very limited numbers) of the Hyundai Ioniq Electric are just now arriving in the Great LA area.

It is also worth noting that Hyundai's official "arrives this Spring" website disclaimer has now been replaced with "Currently, Ioniq Electric is only available to California residents", an important distinction as the Ioniq was previously to be made available at dealerships in California and 9 other ZEV states out of the gate.

Also to be aware of, the Ioniq Electric is to remain a compliance-only offering in 2017, while the upcoming Ioniq Plug-In Hybrid will be offered nationwide (special order outside 10 ZEV states), beginning with the 2018 model year this Fall.  At some point, Hyundai is expected to open Ioniq Electric availability to the rest of the US.