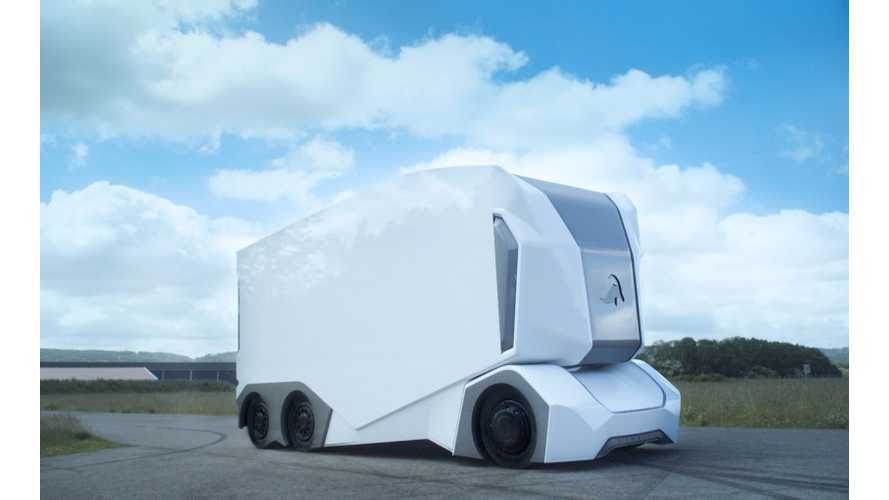 In the heat of an electric truck race (with Tesla as a contender, Daimler in the business, Nikola with a electric-hydrogen hybrid semi, as well as more recently Cummins announcing itself with a new prototpye), a Swedish company - Einride has come up with the T-pod concept/self-driving truck this Summer.

On the highway, the T-pod will care for itself, while in the city there will be remote driver approach (at least the option to do so, if needed).

"The T-pod is an electric, self-driving vehicle that can be remotely controlled by drivers. In addition to the T-pod, there will be charging stations and an infrastructure that will make the system the most pioneering of its kind."

The concept of full autonomy (when achievable/permitted) is especially attractive for hauling, as it takes traditional human driver limitations (and preference for very long distance drives in "one go") and optimizes it for the vehicle, it's electric abilities, and of course the timelines for the delivery itself.

On September 4th, the company will be presenting the T-pod live at the STHLM Tech Fest in Stockholm, Sweden.

It will be interesting to hear about the charging infrastructure plan, as there is a visualization given (below) with dozen of recharging stands for these trucks.