Is The Tesla Model 3 The iPhone Of Cars - Video 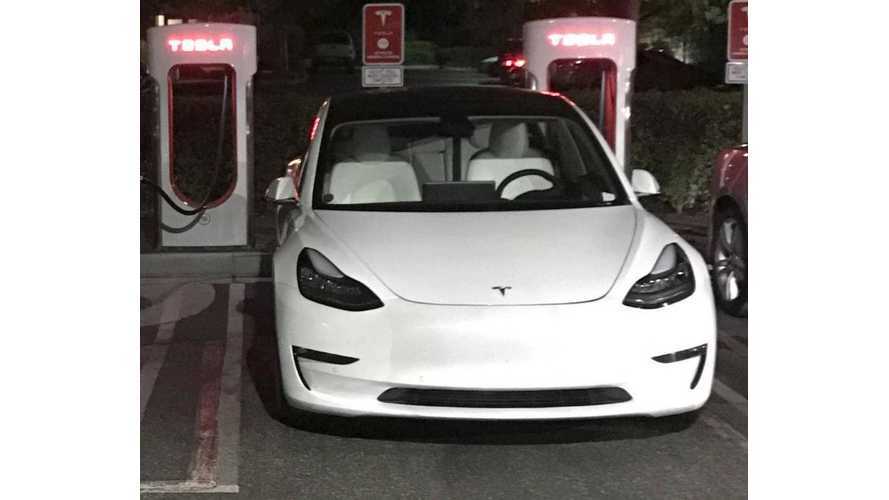 Will the Tesla Model 3 be a game changer like the iPhone, forcing the hands of others to follow suit?

This is surely not something that we haven't heard before. The comparisons between Tesla and Apple, and that of Elon Musk and Steve Jobs, have been longstanding. There's even the occasional age-old merger or partnership suggestion still finding its way into the press from time to time.

Just a few months back, prior to the Model 3 handover event, co-founder of Loup Ventures and former Apple analyst, Gene Munster, compared the Model 3's anticipated impact on the automotive industry to that of the Apple iPhone. He published a more recent report stating that the Model 3 is set to change the world.

If Tesla is ultimately successful with the Model 3, like the iPhone, it should work as a benefit to the industry as a whole. Perhaps it will never be the leader in the segment, or it will lead for an indefinite time until others come along. This is something that we can't really forecast. However it plays out, we can only hope that the Model 3 is the game changer that it aims to be.

What do you think? Is the Tesla Model 3 the one and only monumental factor that will move to change the automotive industry as we know it? Can Tesla truly succeed so as to make it inevitable?

The Tesla Model 3 is poised to change the car industry forever, similar to what the iPhone did for the cellphone market, but will Tesla come out on top?

Gene Munster, longtime Apple analyst and co-founder of Loup Ventures, put out a report recently stating that "MODEL 3 COULD CHANGE THE WORLD" In his report they say that their study shows the Tesla Model 3 will only cost 13% more than a Toyota Camry over a 5 year period, even though the Camry costs about 40% less initially.

If they were to capture just 25% of that 11 million person market then Tesla would rake in 105B, likely pushing up their stock price and making them the most valuable auto maker in the world. But let’s think about this for a minute, how did the iPhone become such a game changer for the smartphone market?

Apple began working on a multi-touch display that would allow you to type directly on a screen without the need for a keyboard. At the time this was unheard of other than in tablet computers. After developing this technology, Steve Jobs further pushed the envelope by wanting this to work on a mobile phone, again, completely unheard of.

The most popular phone at the time was the Motorola Razr because of how thin it was and how sleek everything seemed at the time. I had a much geekier phone, the HTC Excalibur :)

Yes, I’m a nerd…But I can say that when I was first reading about the iPhone was doing so by tethering my laptop to this phone for my internet connection, a feature Apple wouldn’t offer in the iPhone for years to come.

In 2007 Steve Jobs unveiled the iPhone to the world in what has to be the greatest product launch of all-time...In his address, Jobs said, "I have been looking forward to this for two and a half years", and that "today, Apple is going to reinvent the phone." Jobs introduced the iPhone as a combination of three devices: a "widescreen iPod with touch controls"; a "revolutionary mobile phone"; and a "breakthrough Internet communicator".

So the rest is history, right? The iPhone came out, and that’s all anyone bought, right? Well, not exactly...

You might be surprised to know that even today Android is by far the more popular device around the world making up over 85% of smartphone sales compared to Apple’s 13.8% In the USA the story is the same with Android phones far outselling iPhones, even though most people likely assume everyone has an iPhone.

Truth be told, I just recently switch to an iPhone and had been an Android user since their first device, the G1. This happened because the iPhone is really expensive and Android offers a similar experience for a fraction of the cost. To make things worse on this front, the next iPhone is rumored to cost over $1,000 US putting it out of reach for literally Billions of people around the world.

So the iPhone, ubiquitous when you think about the modern smartphone, isn’t the world leader by any measure.

This hasn’t stopped Apple from becoming the world’s most valuable company, however, with a current market cap of over 800B dollars, on their way to becoming the first company to be worth more than 1 Trillion dollars. Without the iPhone, Android wouldn’t have taken off and companies like Samsung that famously copy their designs wouldn’t be nearly as successful, on the flip side Apple wouldn’t be as challenged to keep pushing their designs and technology to new heights.

So if the Tesla Model 3 can pull this off, the bigger impact on the world won’t necessarily be all to their benefit. Rather, we will benefit us all as every other car maker will need to change their ways. Otherwise face the same fate as the Motorolas, Nokias, and Blackberries of the world.

I’d love to know what you think, will the Model 3 change the game and force all other car makers to copy their design or is it just another car on the market?

Below is the original Bloomberg TV interview with Gene Munster: