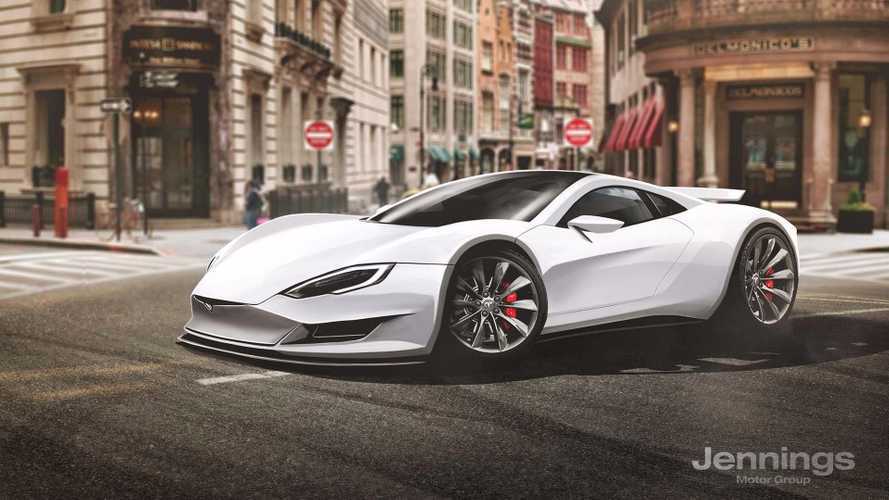 Give it an open top and this could be the next-generation Tesla Roadster.

It's just a render by Jennings Motor Group , but we rather like the look of this supercar Tesla. It's got a front end that cries Tesla, but the rest of the car looks uniquely different from any of the lines we've seen on a vehicle with the electric automaker's badge. Tesla says the next-gen Roadster will be a convertible and that it's likely to launch in 2021 or so.

The folks over at Jennings Motor Group recently put together a bunch of renders of supercars by brands not necessarily known for making such extreme machines. Check them all out here.

The Tesla render is the only one that's surely electric, but with Smart's announcement that it's turning over the electric-only leaf in the U.S., perhaps this one's envisioned as a plug-in too: