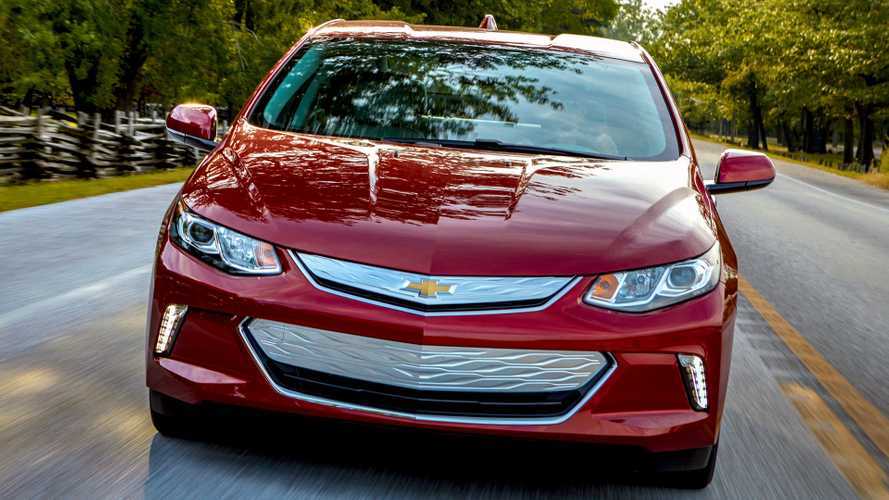 The second generation Chevrolet Volt is one of the most popular plug-in electric car choices in the U.S. so far this year some 14,000+ have been sold, and total sales are well past 125,000 units since 2011 (including the first generation).

With 53 miles of all-electric range and the top reliability - both on the powertrain and 18.4 kWh battery, WardsAuto calls the Gen II Chevy Volt's propulsion system shockingly good.

Chevrolet Volt also won the WardsAuto’s 10 Best Engines award in 2011 (debut of the first generation) and 2017 (debut of second generation).

Gary Witzenburg, once engaged in GM's EV1 project, talked with the GM Global Vehicle Chief Engineer Barry Walkup about why the Volt II is so special.

First of all, GM successfully integrated the powertrain (1.5L direct-injected Atkinson-cycle I-4 engine, two electric motors and two planetary gearsets and three clutches) into the Chevy Cruze architecture, achieving versatility between the all-electric car (which will be always more efficient, but sometimes doesn't have enough range) and a conventional hybrid car (which will be more efficient on the very long trips, but not on daily all-electric commutes). Ward finds the Volt combines the advantages of BEVs and HEVs very well.

Here are a couple areas important for the engineers who developed the Volt:

Integration of the powertrain to achieve smooth and quiet transition between the all-electric and engine modes, as well as reliability.

“Our goal was to keep the engine quiet,” he says. “We didn't want clunks or bumps or any indication that it has started. We torque-match the electric motor to the gasoline engine and pre-fill the cylinders with gas during stop/start, which allows the engine to start quickly.

“We coordinate the fuel and air controls and optimize the powertrain mounts to filter out engine vibration, dampen engine noise with acoustical damping and desensitize the car to noise and vibration. We wanted to maintain the electric vehicle perception even when the engine is running.”

"Another challenge was ensuring the drive-unit-mounted integrated power electronics could survive significant powertrain vibration, especially if the engine misfires."

Engine. The engine is 1.5L instead 1.4L so the power and torque increased by 20% and 10% respectively. But even more importantly, it can run at lower rpm, improving fuel efficiency and quietness.

"Another major improvement is the capability to use both motors at any time, as motor or generator, in EV or range-extending mode, which enabled a 60-lb. (27 kg) lighter drive unit. Mounting the power electronics directly atop the drive unit got rid of the Gen I's big and expensive orange connecting cables and eliminated another 40 lbs. (18 kg). Still more mass reduction came from eliminating one of the Gen I's two drive-unit oil pumps.

The transmission also is improved significantly. “The Gen I had a big motor and a medium-size motor inside it, while the Gen II has two medium-size motors that enable better torque transitions and less mass. Kind of an electric CVT, it’s now compatible with the Malibu Hybrid and other platforms.”"

Optimization of 0-30 mph (48 km/h) acceleration and drivability for city driving.