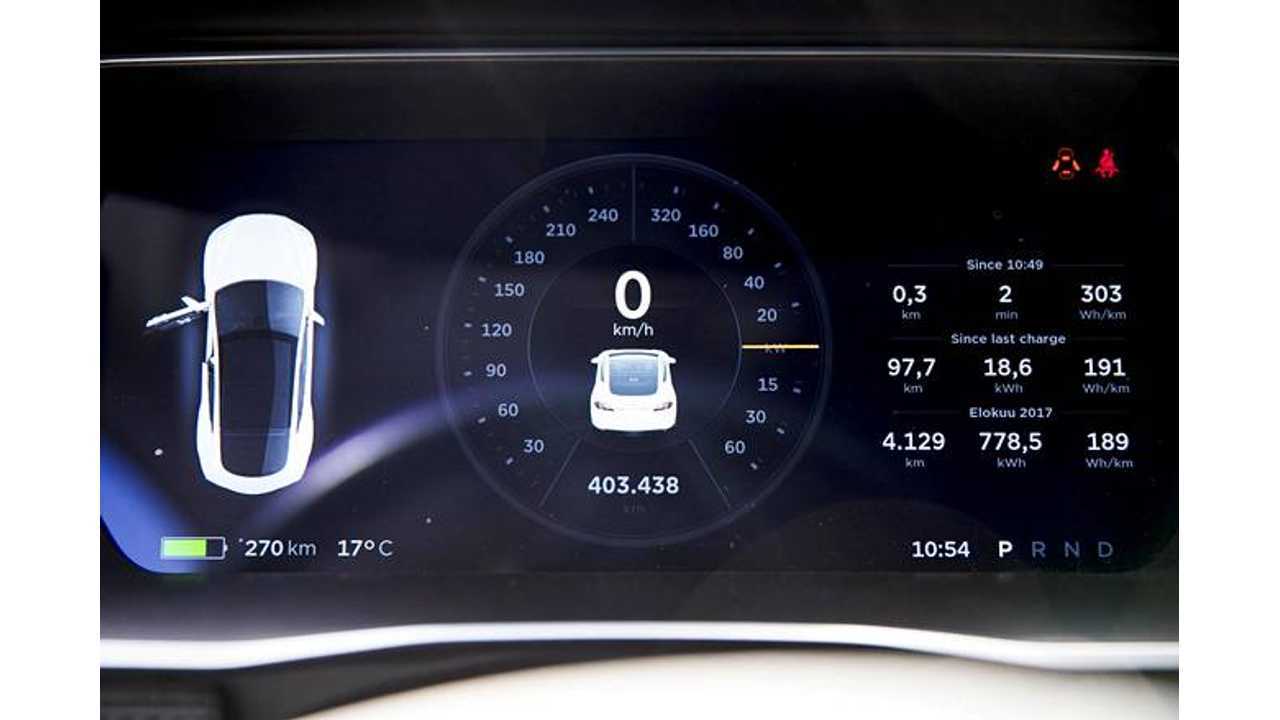 A Finnish taxi driver, Ari Nyyssönen, first received his Model S in December of 2014, and has since driven 250,000+ miles in less than three years.

According to Ari, the rear-wheel drive Tesla was affected by motor replacement, and at one point the 85 kWh battery pack had some problems of its own - once refusing to charge, and indicating only 60 km (37 miles) range, Tesla serviced the battery in the Netherlands and re-installed it back.

Both incidents were covered under warranty - thanks to Tesla's  8 year or unlimited miles Battery and Drive Unit Limited Warranty.

As for battery capacity loss (always a topic of interest), the range of the Model S now stands at 230 miles, or about 7% less than the 250 miles rated when new.  We think that should be considered a pretty great result.

Ari Nyyssönen now heads for 1 million km (620,000 miles), and is more than happy for Tesla's  the 8 year/infinite mile warranty.

Also of note:  In the US, Tesloop's Model S just hit 300,000 miles (482,000 km), but no notes on the current battery capacity of that model are known at the moment - read more on that vehicle at Electrek here.