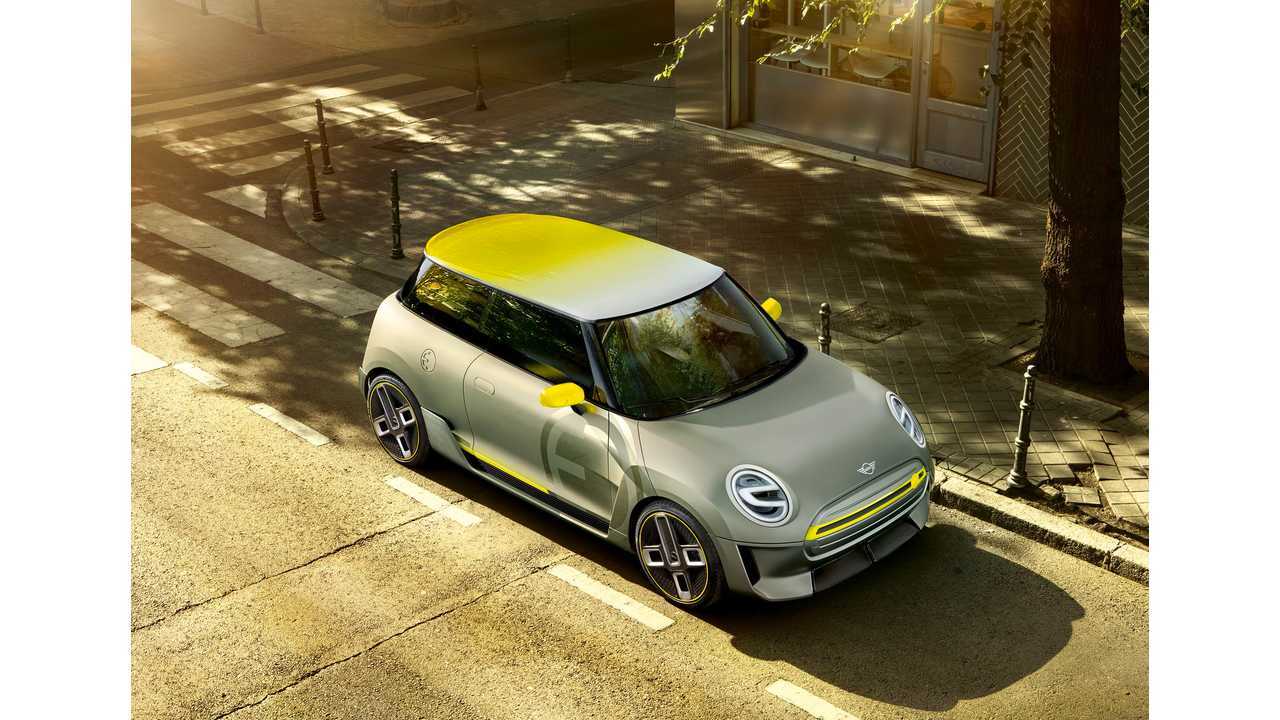 It has a similar color pattern to the original Mini E electric car that saw low-volume production nearly a decade ago.

MINI is previewing its first volume all-electric production model through what it calls the Electric Concept, that will be unveiled at the 2017 Frankfurt Motor Show. We'll be on hand to capture live images of this concept as it hits the show floor.

There was no technical details given on the all-electric car ahead of its debut in Germany in a couple weeks.

The electric MINI is one of the smallest in the automaker's lineup, as we believe it will ultimately share power-train and battery with the next generation i3.

The hexagonal front grille is closed in order to enhance the car's aerodynamic properties, while the paint finish in Reflection Silver and Interchange Yellow is reminiscent of the MINI E from 2008.

The production version will be based on the MINI 3 door and is scheduled for 2019.

Production will take place in Oxford, UK, while the drivetrain will be produced at the Dingolfing and Landshut sites.

Almost 10 years after MINI E laid the foundations for production-standard battery electric vehicles within the BMW Group, MINI is now offering a window on the future of urban electric mobility. With a focus on driving excitement and inspiring design, it moves the brand’s urban tradition into the electric age and in doing so spices up the conventional notion of electric mobility. A production version of the MINI ELECTRIC CONCEPT will be unveiled in 2019.

From the back the new MINI electric concept is still recognisable as a distinctive MINI design, with a side sporty stance. The top section is dominated by clear surfaces, and takes on a far more dynamic aspect the nearer it gets to the road.