Lack Of Tesla Semi Details Means It's Time To Speculate 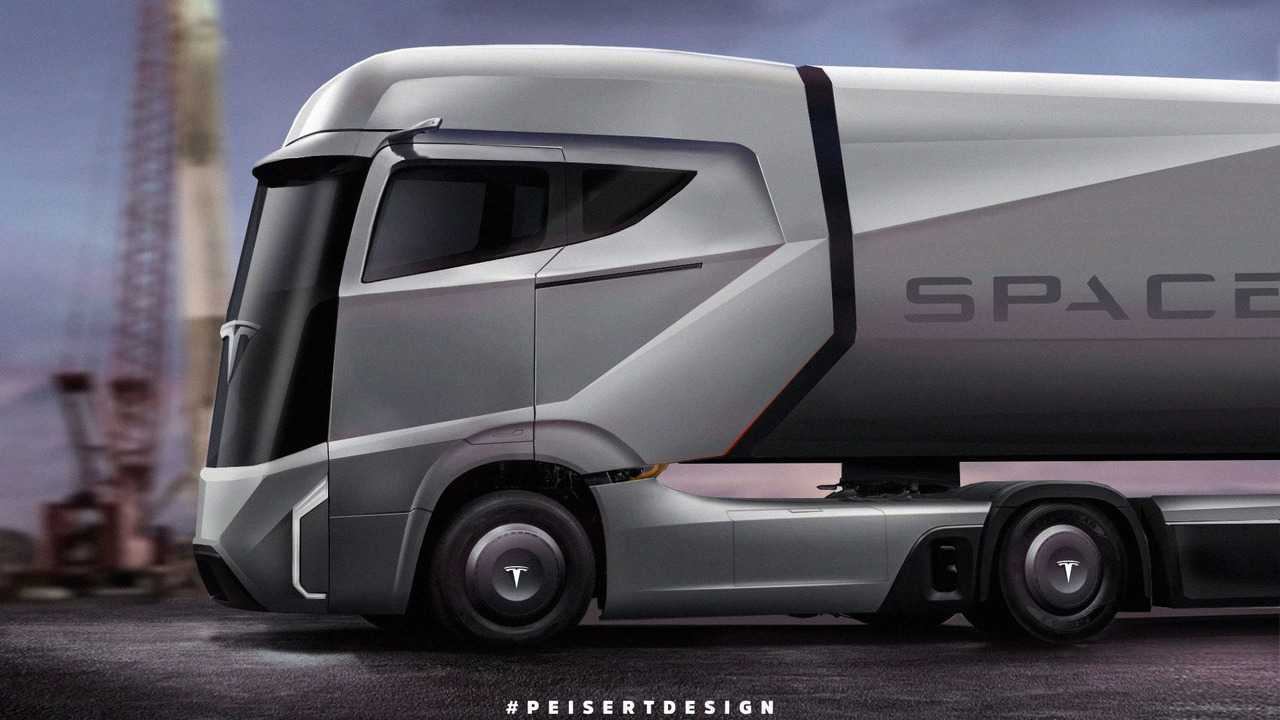 When Tesla CEO Elon Musk Tweeted about the upcoming Tesla Semi yesterday, he said the truck would be "seriously next level." We, of course, want to know what that means. We can't yet hack into Musk's brain to figure that out, but we can try to make some educated guesses, and collect everything we know so far into one post. Here goes.

What we know for sure

Previous official messages from Tesla indicate that the semi will be a "heavy-duty truck" and Musk has said that the semi will necessarily need to have a pack over 100 kilowatt hours (kWh). We also know that Jerome Guillen is in charge of the Tesla semi program. Guillen previously was a Model S Program Director and worked at Daimler on the team that developed the Freightliner Cascadia. The closest we've come to an explanation about what the semi will do is this line from the not-so-secret Master plan part 2: "We believe the Tesla Semi will deliver a substantial reduction in the cost of cargo transport, while increasing safety and making it really fun to operate."

What we can guess

This is where things get tricky. Speculations abound. And the best image we have is just a rendering (as seen above). But we can think about how an electric semi would be used to guess what might be in the works.

Tesla has a nationwide network of Supercharges installed, but they're not at truck stops and they're not fast enough to recharge a giant semi battery in 30 minutes. Still, this might not be a problem. With one driver, the charging time wouldn't need to be all that fast, since drivers are required by law to take a 10-hour break after driving for 11 hours. While there are team drivers who have one person cozy up in the sleeper berth while the other drives, let's speculate that Tesla will design its semi without a berth. This will reduce the weight of the cab and force the truck to stop every 11 hours. Now, if the things gets true, level 5 Autopilot, that's a whole different story.

At a maximum speed of 70 miles, a semi like this would need a range of 770 miles. Since most trucks are limited to 65 miles per hour or less on the highways, 770 miles is probably too many. How big a pack would you need to have a range of many hundreds of miles? We'll go with what some smart people are saying on Reddit, for example that, "680kWh should get us about 570 miles at 65,000 lbs, maybe 500 miles at 80,000 due to the increase in rolling resistance." This is based on a log of assumptions, like how much weight will be removed when you don't need the engine, fuel tanks, etc. and how much giant battery packs will weigh. Redditor tkulogo says that he, "suspect 2170 packs will have about 250Wh/kg so a 3 ton battery should be around 680kWh." In other words, for about the same weight as today's diesel trucks, you might be able to get 500 or so miles from an all-electric truck. Is that enough?

Well, Teslarati has an interesting article up about the potential ROI of a Tesla Semi, and if it makes more sense for it to be a short-haul (under 250 miles) or long-haul (over 250 miles) machine. It's the writer's opinion that only the short-haul Tesla Semi makes sense:

"A battery-electric Tesla Semi would be nearly impossible for long-haul given the size and thus weight of the batteries required. So something involving very fast charging, battery swapping, or similar would be required. That adds costs to the equation that we cannot easily quantify without knowing what those logistics are."

Lastly, while the Model S battery swaps have gone the way of the dodo, there's no reason why it couldn't be revived for long-haul semis.

And with that, let's end the speculation and look outside of Tesla to see what we can learn.

The competition. Or, what else is out there?

There are two obvious next-gen, big vehicle companies to look at for hints are a new start-up and an established player that's particapting in separate ball game (think baseball vs. softball, or football vs. rugby).

The established player is Proterra, which doesn't make any semi trucks, but already has hundreds of all-electric passenger buses in operation today. So, we can look at what Proterra is offering to get a general feel for what might be possible with the Tesla Semi. The best place to start is Proterra's 35-Foot Catalyst, which can be configured with a huge 440-kWh battery that charges in under 3.5 hours and has a nominal range of 251 miles. It weighs 29,000 pounds. It's not logical to just apply those numbers over to Tesla, but for people who are used to seeing electric car numbers (75-kWh battery packs, for example), it's good to remember that there are bigger – way bigger – EVs in operation now.

The start-up is Nikola Motors, which has explained its plan to dominate the highways of America with its long-distance, hydrogen-powered electric trucks. Sure, these semis will need H2 refueling stations (Nikola has a plan to build hundreds of them by the highways where they will be needed most), but the truck will also carry a 320-kWh lithium battery. The cab of the Nikola is one of the most impressive parts of the truck, and we expect Tesla to come up with something just as amazing (and probably without the giant door that seems designed to let all of the rain in).

Oh, and there's also Toyota, which has started talking about a hydrogen semi project but hasn't given out any real details. Whatever Tesla has cooking, it won't have the zero-emission semi space to itself, it seems.