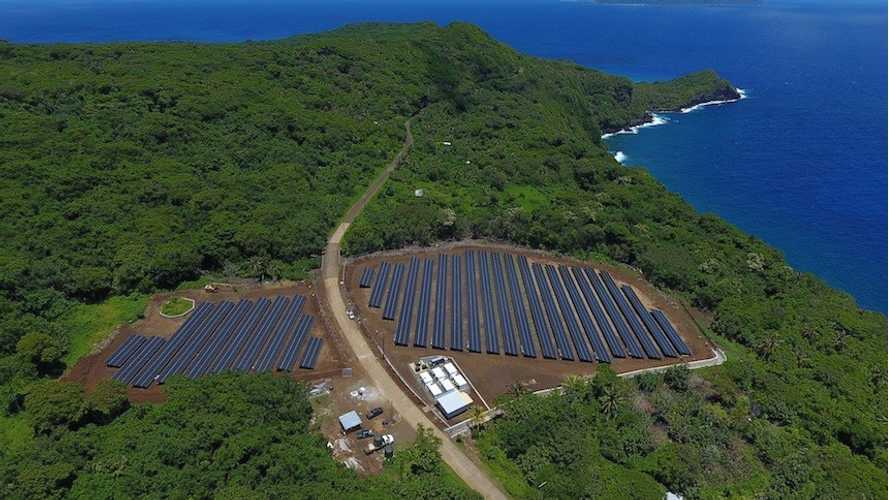 TESLA ENERGY: HERE'S WHY GRID STORAGE WILL BE HUGE - ON BOTH SIDES OF THE METER

Battery prices are falling faster than even the most optimistic observers had predicted. Battery pack costs have sunk from $1,000 per kilowatt-hour in 2010 to less than $230 per kWh in 2016, according to a recent report from McKinsey.

Historically, battery advances have been driven by the consumer electronics market. However, growing demand for electric vehicles is now adding to the downward pressure on prices. And as prices plummet, battery storage is being used more and more in electrical grid applications.

According to Lux Research, transportation and stationary applications will soon become the largest storage markets. Lux predicts that, by 2025, the energy storage market will top $100 billion, and the highest growth rate will be in stationary storage for the electrical grid.

The McKinsey report found that it’s already economical for many commercial customers to use battery storage to reduce their peak electricity consumption. Storage is also starting to play a broader role in energy markets, expanding from niche uses such as grid balancing to broader ones such as replacing conventional power generators for reliability, providing power-quality services, and supporting the integration of renewable sources.

Meanwhile, battery storage combined with solar panels is becoming an attractive option for consumers in many markets, where electric utilities, aided by compliant regulators, are rolling back incentives and introducing new fees in attempts to stem the growth of rooftop solar.

Combining solar with storage enables households to generate and consume their own power on demand, instead of exporting it to the grid, a practice sometimes referred to as partial grid defection. McKinsey believes this phenomenon will continue to expand, further eroding demand for utility-provided electricity.

However, energy storage has many applications and, for utilities, it presents not only problems but opportunities. Cheap battery storage “behind the meter” (that is, located at a home or business) is considered a challenge for utilities. But “in front of the meter,” storage is a great asset for utilities, which use it for a variety of grid-regulating functions.

A major front in the battle between utilities and consumers who have rooftop solar is net energy metering (NEM), a policy that allows consumers to sell excess power back to the grid at retail rates. NEM is a powerful incentive for consumers to install solar panels, but from the utilities’ standpoint, it’s a raw deal. As more customers produce their own energy, rates must increase for the rest, as there are fewer ratepayers to cover the fixed investment in the grid, which provides backup reliability for everyone, including the solar customers (at least, that’s the way utilities see the issue - solar advocates don’t tend to agree).

One way utilities have responded to the growth of rooftop solar is by reducing NEM rates (or trying to do so - their ability to set rates is constrained by state regulatory agencies, which struggle to balance the conflicting interests of utilities and consumers). However, the lower the cost of storage, the less effect NEM rates are likely to have on consumer behavior. This is because adding storage allows customers to shift solar generation away from exporting to the grid and toward supplying more of their own electricity needs.

As McKinsey sees it, the variable rate structure used today, whereby consumers pay for the power they use, is a historical construct that may not serve us well in the future. “The grid is a long-lived asset that is expensive to build and maintain... imposing fixed fees could ensure that everyone who uses the grid pays for it. As more and more customers generate their own energy, access to the grid for reliability and market access becomes more valuable than the electrons themselves.”

Some utilities are responding to the new market realities by experimenting with new business models. In Australia, utilities are becoming solar-and-storage installers. In the US, one pilot program is selling analytics and data-management services to consumers to help them manage their energy use.

Whichever side of the meter it’s on, storage is rapidly emerging as a key enabling technology that will finally allow renewable energy to come into its own. In a new report called “An Underappreciated Disruptor” (via Forbes), Morgan Stanley analysts Stephen Byrd and Adam Jonas argue that the price of solar and wind energy, as well as battery storage, have reached the point where renewable energy can finally become a dependable rather than an unpredictable source.

Byrd and Jonas point out that peak electricity usage tends to occur in the early morning and evening, whereas peak production time is midday for solar energy and nighttime for wind. Affordable storage eliminates this dilemma, and with it much of the need for expensive gas-fired “peaker” plants.

Morgan Stanley predicts that annual demand for storage will grow to as much as $4 billion in the next couple of years, and that installed storage capacity will grow to some 85 gigawatt-hours.

Naturally, there will be winners and losers. Operators of gas-fired plants will be among the latter.

“Storage effectively provides a low-cost source of power, eliminating the need for the highest cost, least efficient conventional power plant,” write Byrd and Jonas. The winners will be companies that sell storage units, such as Tesla, and utilities will be their biggest customers. “We think utilities could deploy storage as a way to enable the growth of renewables and/or defer costly transmission and distribution projects.”

Two recently announced projects highlight the growing application of storage as a complement to renewable energy. According to Nikkei Asian Review, the Taiwanese government is planning to approach Tesla to discuss setting up battery facilities for storing renewable energy, inspired by the company’s highly publicized recent storage projects in Australia. The island nation has recently suffered some embarrassing power blackouts, and President Tsai Ing-wen has pledged to make Taiwan nuclear energy-free by 2025. “Tesla is using its lithium-ion battery technology to help Australia and California to implement smart grid and grid storage, and we can learn from them in the future,” said Minister of Science and Technology Chen Liang-gee.

Above: Another revealing case study of Tesla Powerpack's ability to store clean energy generated from solar during the day to power buildings at night — shown at Australia's Cathedral College in Rockhampton, Queensland (Source: Tesla)

Meanwhile, Electrek reports that big box retailer Home Depot has announced plans to install GE solar panels at 50 of its US stores. Six of those stores will also deploy Tesla  Powerpacks. The new initiative will convert the chain’s rooftops into “solar farms,” said the company, noting that its average store has a rooftop of around 104,000 square feet, “meaning there’s 104,000 square feet of empty space sitting on top of each one.”