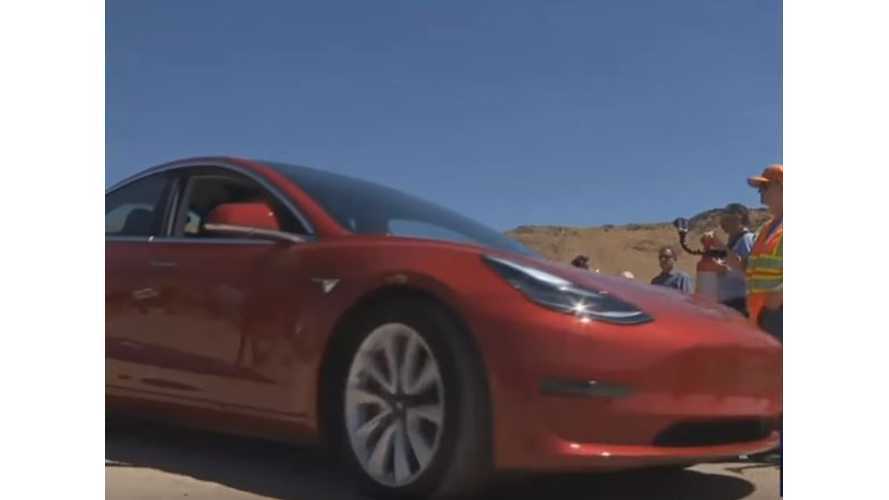 A Tesla Model 3 was on hand at the ceremonial ribbon-cutting event for the extension of USA Parkway near the Tesla Gigafactory.

USA Parkway connects Interstate 80 to US 50 (see map below). The extension/improvement of the Parkway focused on the area near the Tesla Gigafactory. This will be the main route utilized by Gigafactory employees when it officially opens to public traffic in early September.

The $75 million project took over a year to complete and required the "excavation of two million cubic yards of earth and 566,000 square yards of hot mix asphalt paving was installed, enough to cover 88 football fields," according to local news outfit KOLO.

For Tesla, the completion and improvement of USA Parkway will make transport to and from the Gigfactory much easier. This in turn should help the automaker's profit margins, if ever so slightly.

Batteries for the Tesla Model 3 are made at the Gigafactory. Then they're shipped out to Fremont, California for install in vehicles.