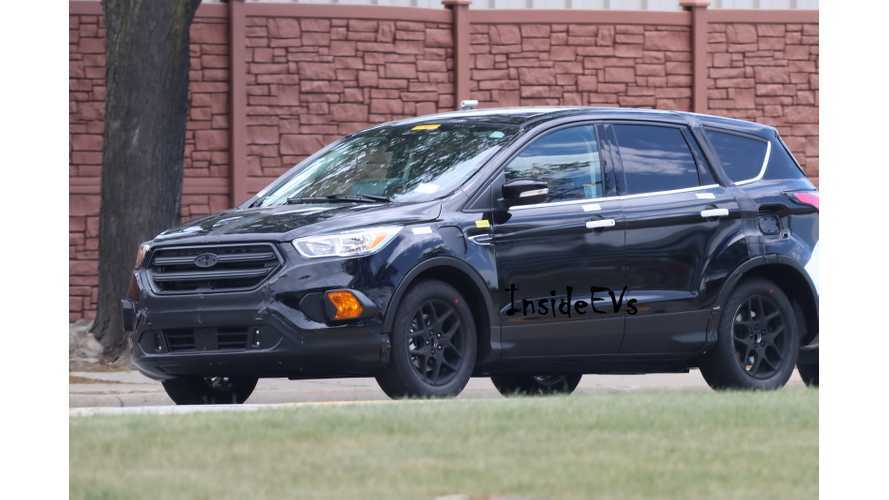 At Ford, electrification means mostly hybrids, but a few plug-ins are included in the mix.

While some analysts are making heady predictions about Ford being "all in" on electric vehicles, reports of actual product in development would seem to reflect a rather more conservative approach. According to Automotive News, the remaining yet-to-be-named benefactors of the Dearborn-based company's much ballyhooed $4.5 billion electrification effort will be hybrids.

With 13 vehicles known to be effected by the program in total, and others previously revealed, the final outline now seems to be in place. Although only one all-electric seems to be in the mix, a 300-mile, crossover planned for 2020, we can take some solace that they include a number of Energi (Ford's plug-in hybrid drivetrain) models.

If the AN's source is to be believed, the remaining vehicles include the plug-ins Escape Energi, along with its Lincoln twin, the MKC (no word on whether Lincoln models will get Ford's Energi badging). The 15-mpg (city) Ford Expedition and Lincoln Navigators are named as future recipients of a hybrid option. These are all planned to debut in 2019.

To recap the vehicles known so far, adding to the four mentioned above, we have the F-150 hybrid, Mustang hybrid, Transit Custom hybrid, Transit Custom Energi, two "electrified police vehicles" (most likely plug-less hybrids based on existing hybrids), and the aforementioned all-electric 300-mile CUV. These were all made known to us in January. Trademark discoveries made last May should add a Focus Energi  and Explorer Energi to this list, along with the Kuga, the European rebadge of the Escape.

While we are encouraged by news of more plug-in hybrids (PHEVs), we had hoped for a more aggressive turn towards all-electrics. Perhaps we'll learn of an update to this plan when CEO Jim Hackett speaks to investors about Ford's future on October 3.

Considering, though, a recent post by the Blue Oval's Vice President of Autonomous Vehicles and Electrification Sherif Marakby that argues hybrids have range and refueling profiles that work better than electrics with autonomous vehicles (really? I mean, REALLY???), we don't expect any major surprises. Source: Automotive News