Progressive Policies In Some States Will Accelerate Tesla 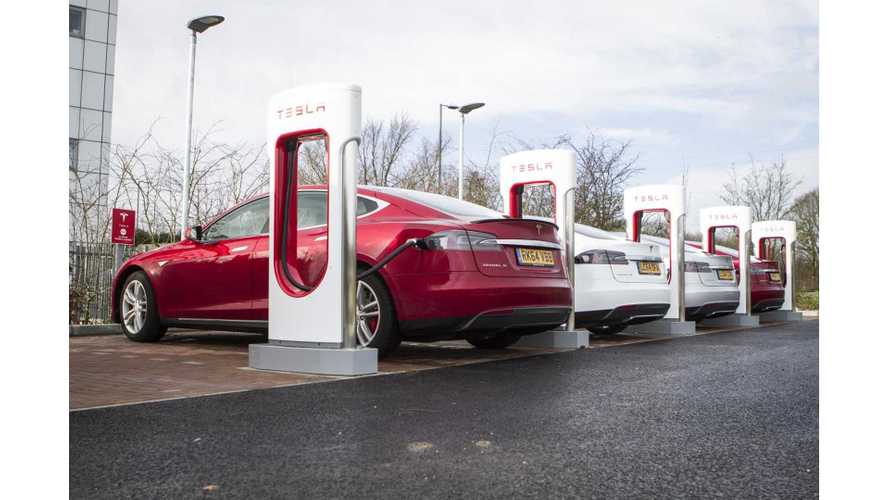 With Tesla CEO Elon Musk forecasting the market for Model 3 vehicles could swell to 700,000 vehicles, the streets may soon be flooded with electric cars. To put that in perspective, the popular BMW 3 Series only has an annual production rate of about 400,000 per year. However, having electric vehicles like Tesla's Model 3 selling in these larger volumes could have some unintended side effects.

Ecowatch reports on what could occur if we experience a sudden, large-scale surge in electric vehicle charging — impact on our electricity grid.

Rory Christian and Larissa Koehler report that "Utilities must ensure their customers are well-positioned to take advantage of EV benefits by educating them about how their charging behavior can impact the grid and the integration of renewable energy."

Above: Broad overview of potential impact of EVs on utilities and our electricity grid (Youtube: Rewired); Editor's note: This useful, albeit older video has a few factoids not updated (i.e. EV penetration has now reached 2M units worldwide)

As noted in the video, energy storage solutions (i.e. the massive Tesla Powerwall installation in South Australia) can act as a key protective measure against fluctuations in the grid. In addition, Ecowatch highlights progressive policies underway here in two U.S. states — California and New York.

With more than 300,000 EVs and more than 12,000 charging stations, California leads the nation in clean car sales. Moreover, that number is poised to grow rapidly—California EV sales rose 91 percent in the first quarter of 2017 from the same time last year. And, recently it was reported that electric cars now represent 5% of California's new car sales.

And, as part of Senate Bill 350, investor-owned utilities filed applications with the California Public Utilities Commission for investments in light-duty, medium-duty, and heavy-duty sectors.  The utility plans, in particular, represent an exciting new opportunity to accelerate electric transportation in all its forms. With planned projects from placing charging infrastructure for passenger EVs in single family homes, to providing car dealers with incentives and education to sell more EVs, to electrifying buses and ship ports—and everything in between—these plans are well-designed to clean the sector most responsible for harmful emissions.

Earlier this year, New York State committed to the purchase of two thousand electric vehicles by 2025, more than doubling its current fleet of government automobiles. New York is also doing its share to expand electrification to make it easier for customers to buy and use electric vehicles. The State's Reforming the Energy Vision aims to align utility needs with marketplace innovations, and is doing the following:

Con Edison's Smart Charge NY program, an early stage effort in New York City, is paving the way for mainstream EV use; the results will be an example for how other cities can adopt the policies and tools necessary to seamlessly integrate EVs.

Hopefully, more states like California and New York will implement progressive programs to stay ahead of the curve. Meanwhile, "More and more automakers are shifting their focus to EVs, a market that is expected to grow faster every year." One prime example: "Tesla invested $5 billion in its Nevada gigafactory—where they will make batteries for EVs—and is grabbing headlines with the rollout of its first mass-market EV, the Model 3...  it gives a hint of a clean energy future that can't come fast enough."