Tesla Autopilot: Miles Ahead In Autonomous Race Due To Data 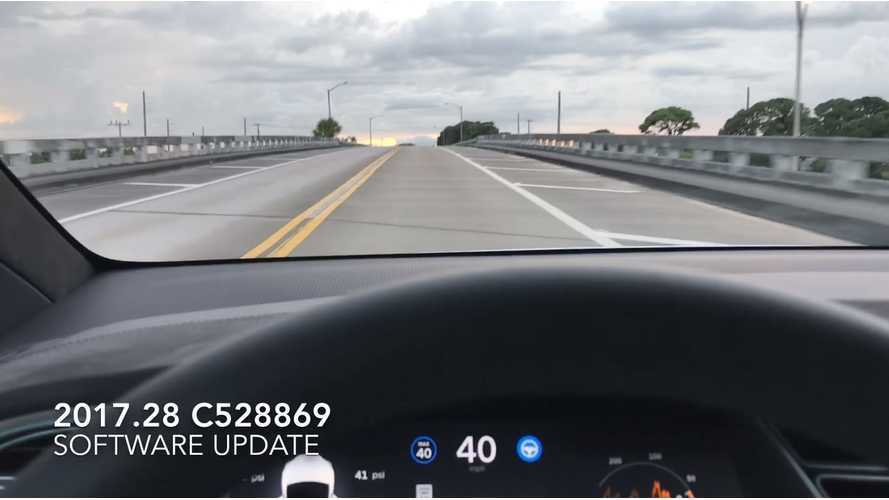 AUTOPILOT ADVANTAGE: TESLA’S DATA PUTS IT MILES AHEAD IN THE AUTONOMOUS VEHICLE RACE

What will the self-driving automotive world of the future look like? Nobody really knows although a lot of people seem convinced that they do. Predictions are all over the place and, in a few years we’ll see that some of them were right, and some were wrong. The only thing certain is that autonomous vehicles will trigger huge changes that will disrupt every automobile-related line of business, and then some. Another point that the pundits all seem to agree on: Tesla is poised to be one of the major players.

ARK Invest Analyst Tasha Keeney, appearing on DisrupTV, makes a number of predictions about the shape of tomorrow’s transportation system.

Above: Ark Analyst Tasha Keeney joins a panel on DisrupTV and discusses her views on the future of transportation (Youtube: DisrupTV Show)

Most analysts agree that autonomous taxis will greatly reduce the cost of getting around. Keeney estimates that they will cost around 35 cents per mile or roughly half of the total cost of owning a car. She also agrees with conventional wisdom that auto travel will become much safer, predicting that accident rates will decline by over 80%.

Ms. Keeney does make one contrarian prediction: she believes autonomous vehicles will cause automobile traffic to increase threefold by 2030. Such an outcome could have catastrophic effects on urban planning and the environment.

Fortunately, most observers expect that autonomous technology, along with the rise of new ownership models, will have the opposite effect: it will allow vehicles to be used more efficiently, ending the cycle of ever-expanding roadways and freeing up urban space currently devoted to parking lots.

A recent report called Three Revolutions in Urban Transportation chimes with ARK’s view, in a way: it predicts that, if consumers embrace autonomous technology, but not vehicle sharing, traffic will indeed increase, and the potential environmental benefits of electric vehicles will not be realized.

And what companies will lead the way to the future? Ms. Keeney cites a long list of reasons why Tesla is the clear front-runner in the autonomous vehicle (AV) market. The first reason is that Tesla’s position vis a vis the legacy automakers is looking more and more like a classic disruption scenario, of the kind that doomed manufacturers of typewriters, film cameras, and other quaint devices.

“The price per mile of car travel hasn’t changed in 100 years, and it’s about to significantly drop with autonomous technology,” says Keeney. “ undergoing two monumental transformations – the shift toward both autonomous and electric vehicles. This requires an entirely new business model, and may be an insurmountable task.”

“The dealership network hinders sales of electric vehicles because lower maintenance costs give dealers less incentive to sell electric cars. ARK believes that EV sales are going to surpass expectations in the next 5 years, and Tesla will be well positioned to take share.”

Tesla’s true ace in the hole is its Autopilot hardware, now included on all its new vehicles. Tesla will be able to implement ever-more-capable self-driving capabilities as they become available - something no other automaker can do. Furthermore, its fleet of vehicles is generating an enormous trove of data. This data is not only valuable to Tesla as it improves its Autopilot system, but it could also have a substantial cash value - one that ARK believes has not been considered by stock analysts.

“Data is a huge opportunity for Tesla, and it’s not being talked about at all today,” Keeney says. “To give perspective on how much this data is worth...a new startup called Lvl5 created a camera product that Uber and Lyft drivers can mount onto their cars to collect autonomous data. In return, the driver gets paid up to 5 cents per mile by Lvl5. Lvl5’s system is one camera. Tesla has 8 cameras on each car plus many other pieces of hardware for . By the end of 2018, ARK estimates that Tesla could be collecting data worth over $2 billion in sales on an annualized basis.”

New Autopilot suite of eight cameras standard on all Tesla vehicles, including the Model 3

According to Keeney, “no analysts are actually accounting for this opportunity, so you can think of the data opportunity as additional value on top of today’s valuation.”