Faraday Future FF 91 Has Eclipse Mode, Here's How To Activate It 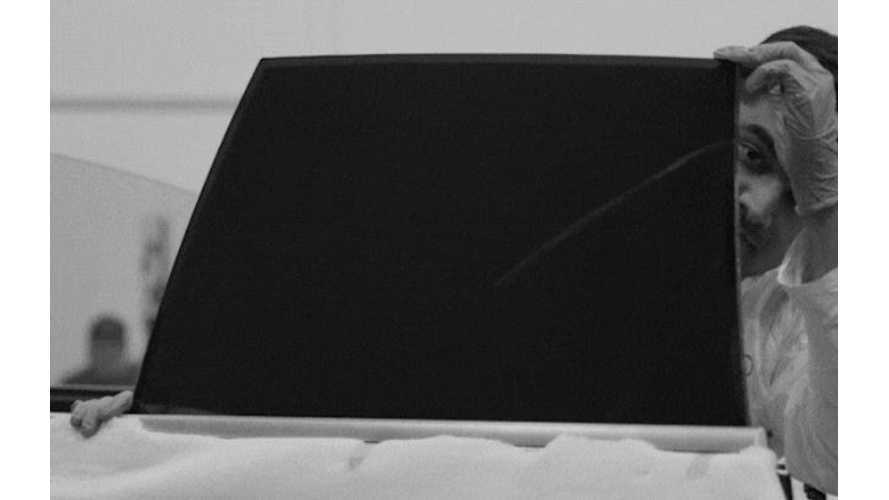 Just tap the glass and you'll have a full privacy.

Faraday Future continues work on its first production plant. However, Reuters reported the factory may not be open until 2019. Meanwhile, the team of engineers is also developing the final production version of the FF 91.

If you are unfamiliar with the vehicle, it’s a sleek crossover powered by purely electric energy and three electric motors, each rated at 350 horsepower (261 kilowatts). The claimed 0-60 miles per hour (0-96 kilometers per hour) sprint time is 2.39 seconds – nearly as quick as the recently introduced Dodge Challenger SRT Demon. With the only difference being that the FF 91 is a comfortable family car, not a stripped out drag beast.

Given that, it will come with some nice features. Apparently, most of them are still in development phase, judging by the failed self-parking attempt during the presentation of a prototype at this year’s Consumer Electronic Show (CES). The company plans to offer only a limited range of semi-autonomous functions at launch, but you'll definitely have adaptive cruise control and lane-keep assist on board.

Another cool feature will be the smart dimming PDLC (Polymer Dispersed Liquid Crystal) glass. Basically, using a complicated technology, it allows you to darken the car’s panoramic roof, rear and side windows. The PDLC uses voltage, light or heat to block some or all wavelengths of light to letting light pass through. The technology is mostly used in buildings, where smart glass creates climate adaptive building shells, with the ability to save costs for heating, air-conditioning and lighting.

Faraday Future says you will have to simply tap the smart glass and the so-called Eclipse Mode will instantly darken “to give you privacy, and peace from the outside world.” Tap again to “reveal a brilliant expanse of stars and sky."

One of the most exciting features under development in FF 91 is Eclipse Mode, which takes advantage of the smart dimming PDLC (Polymer Dispersed Liquid Crystal) glass being designed into FF 91’s panoramic roof, rear and side windows.

Simply tap the smart glass and our Eclipse Mode instantly darkens to give you privacy, and peace from the outside world. Or tap again to reveal a brilliant expanse of stars and sky.