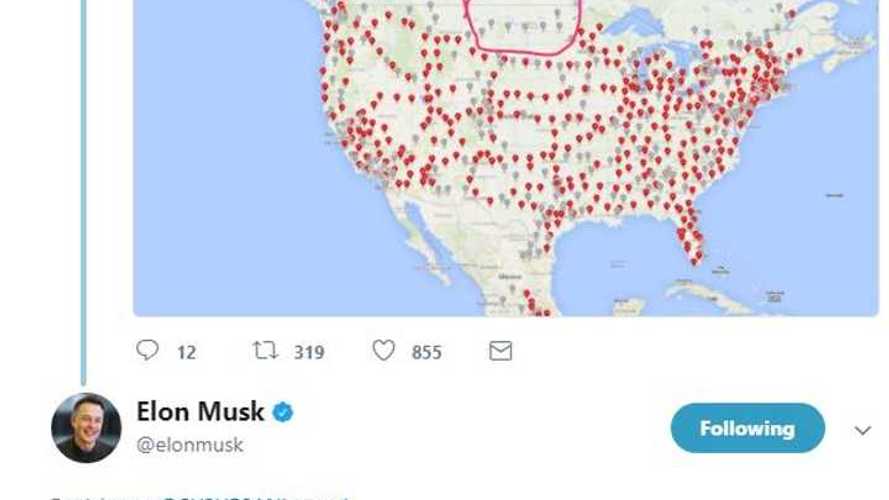 The void in North Dakota will be filled next year, but there are much grander Supercharger expansion plans in the works too.

When asked if Tesla had any plans to fill a huge Supercharger void in North Dakota, Tesla CEO Elon Musk responded by saying "Sorry!" and adding that the blank in the U.S. map will be filled next year.

But Musk has grander plans for the Supercharger network.

In the same Tweet, Musk stated that in 2018, Tesla hopes to finish the Supercharger Trans-Canada Highway, which when complete will provide Supercharger support from west to east across all of lower Canada.

Beyond that, Musk says the next North American Supercharger goal is to interconnect Canada, the U.S. Mexico and Central America. This will effectively allow for Tesla travel from Canada to Panama or beyond.

These expansion plans come at the same time as Tesla's effort to add more stalls to some existing sites is well underway in anticipation of growing Model 3 sales.

As always, we applaud Tesla for being the #1 automaker is regards to infrastructure support. Nobody else is even close.