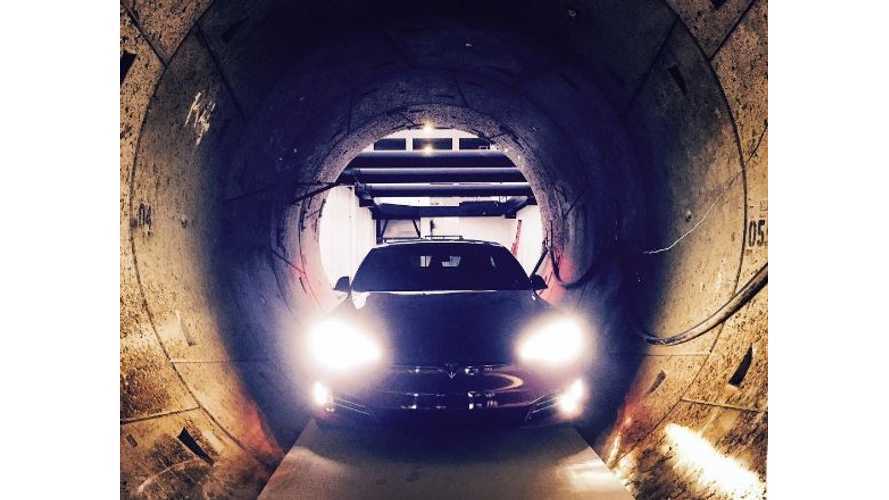 Though far from complete, we get our first look at the Boring Company's tunnel with a Tesla Model S within.

Tesla CEO Elon Musk released this lone image showing a Model S at the opening of the tunnel in Hawthorne.

The tunnel recently got approval to run some 2 miles under Los Angeles starting in Hawthorne.

Progress on the tunnel moves along at less than a snail's pace, though Musk hopes to increase speed substantially over time.

What this image does show is that only 1 vehicle wide will fit in the tunnel. This will make two-way travel rather difficult. Perhaps a second tunnel will be added? Or maybe an upper deck within the tunnel?

Lots of questions still remain (like how the electric sleds will be installed and operated), but at least progress is being made.