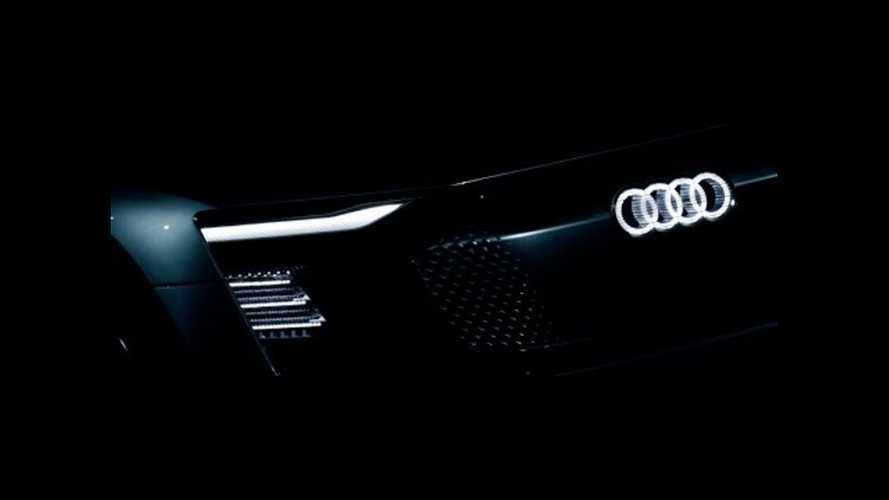 Even the four-ring logo lights up.

It wouldn’t be a complete Auto Shanghai event without an Audi concept. The peeps from Ingolstadt are travelling to China to show off this rather mysterious concept packed with light-emitting diodes. It’s hard to identify at this point the type of car we’re looking at, but the use of “E-Tron” and hashtag “#chargedwithexcitement” indicate we’re dealing with an electrified showcar. It remains to be seen whether this is a pure EV or it’s a plug-in hybrid as it was the case with the Q8 concept shown at the beginning of the year in Detroit.

While it’s a bit tricky to identify the body style based on what the teaser video is showing, we did take a few screenshots to have a better look at the concept. One of the adjacent images partially shows the front end of the car and it does not seem to have a jacked-up suspension, so we have a feeling this won’t be an SUV. Thank God for that. After all, the two most recent concepts from Audi — Q8 and Q8 Sport — were both SUVs, so it’s time for something else. But what could it be?

If we were to speculate, the Shanghai-bound car might have something to do with Audi’s already announced intentions as far as working on a smaller EV, one that is expected to go up against the BMW i3. Company chairman, Rupert Stadler, has already dropped a subtle hint about coming out with an electrified concept later in the year, so this might be it. That being said, it’s only an assumption we’re making.

Another possibility is a preview for the next-gen A8. With the all-new flagship set to debut in production guise on July 11th, perhaps the company with the four-ring logo wants to ease the wait by showing us a tech-laden concept. The focus on those intricate LEDs and possibly OLEDs suggests this is a high-end car, and there’s nothing above the A8 right now, unless those rumors about an electric A9 Coupe will pan out and this is Audi’s way of confirming the gossip.

As long as it’s not yet another SUV, we’re going to be happy with the outcome.