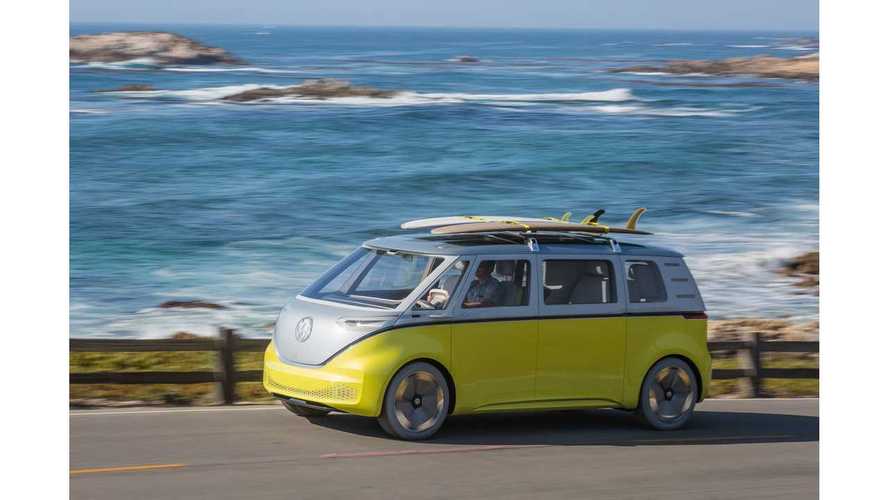 When many first saw the upcoming Volkswagen I.D. Buzz in its recent concept variant, some likely assumed it was just that ... a concept. However, VW has officially confirmed it for production for 2022, and it's now slated to come to North America.

Inside the Volkswagen I.D. Buzz

This came as a bit of a surprise since there was a time that it looked like it may not make it to our shores, or at least not until long after its initial production date. Now, we have more news that further solidifies the Buzz' future presence in America.

Volkswagen doesn't currently have a model to compete in the U.S. commercial van/truck market.  The U.S. tariff on imported trucks has made this a difficult proposition, which hindered VW way back when its original minibus came to market. Nonetheless, rival brands like Nissan have pushed through to compete with the Big Three and profit from the venture. Now, VW is ready to get on board. CEO of Volkswagen Commercial Vehicles, Eckhard Scholz, explained:

"There is quite an opportunity for us in commercial in the United States. And this car has the flexibility to serve as both a passenger car and a commercial van."

VW Group's CEO Herbert Diess also shared that the Buzz may be outfit by dealers to meet the needs of contractors and small business owners that aim to get into a more iconic and stylish commercial vehicle. The fact that it will come with Level 3 autonomy may also be advantageous. Additionally, Scholz reminded that VW's new MEB electric-vehicle architecture will use a flat, thin battery beneath the Buzz' floor, which will create more useful and versatile passenger and cargo space.

Though the Buzz is far off, Volkswagen has already formed an alliance with Navistar International Corp. in order to gain an early footing in the U.S. large-truck segment.

The Volkswagen Buzz already made a visit to Pebble Beach for a showcase and photo-op and people seemed enamored with it. Scholz explained that it doesn't portray the aggressive grille or stature of rivals' commercial vehicles and boasts a welcoming aura. He said:

"We want to return to a happy look and the EV approach makes that possible."

Diess also ventured on the trip to Pebble Beach. He wasn't shocked to see Americans walking over to peek inside. The surfboard on its roof was surely a welcome touch. Diess remarked:

"It really is part of the California culture. We've tried six or seven times to bring back the Microbus over the years. It was never right. When you added an engine to the design, it changed everything. But now, with our new platform, as an EV, we can finally design it like it should be."