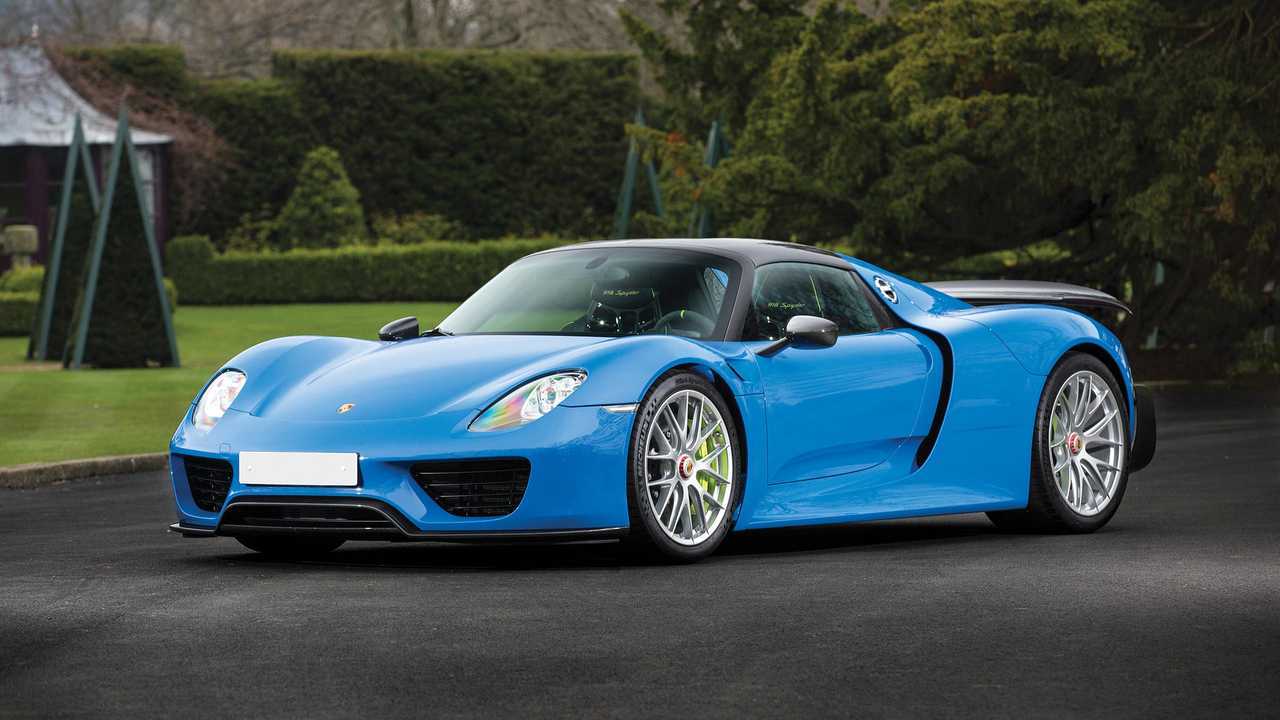 This one also has the Weissach Package that slices off weight.

When special sports cars come up for auction, they are generally vintage examples from the 1950s and 1960s, but an upcoming sale of a unique Porsche 918 Spyder in the United Kingdom offers the chance to get modern supercar with remarkable options. Of the 918 examples that Porsche built of its last hypercar, this was the only one specified in Arrow Blue paint.

In addition to the special paint, the buyer ordered this 918 Spyder with the high-performance Weissach Package. It replaced the roof, mirrors, windshield frame, and rear wing with carbon fiber components. Less sound deadening, magnesium wheels, titanium bolts, and lightweight brakes also helped shed 90 pounds (41 kilograms) off the standard version of the hypercar. It also has the front axle lift system and painted key.

According to RM Sotheby's, this 918 Spyder has only had a single owner, and the person covered 6,835 miles (11,000 kilometers) in it. The car just received a scheduled service, including fresh tires and new Weissach-specific brake pads, so the roadster should be ready for plenty of driving. At the same time, Porsche Great Britain installed a paint protection film over the body.

The 918 Spyder let Porsche show off its capability of building a performance-oriented hybrid after toying with the idea on the 911 GT3 R Hybrid race car. The 918 has a 4.6-liter V8 sitting behind the cabin and two electric motors ­– one at each axle. The resulting powertrain produces a total of 874 horsepower (652 kilowatts) and 944 pound-feet (1,280 Newton-meters) of torque. With the Weissach package, the vehicle could allegedly reach 62 miles per hour (100 kilometers per hour) in 2.6 seconds.

This 918 Spyder will go up for auction at RM Sotheby's upcoming Villa Erba sale on May 27. The firm doesn’t offer a sale estimate.

If you’re in the market for a Porsche hypercar, then the 918 Spyder is the last of them for the time being. According to company boss Oliver Blume, the firm only plans to produce one vehicle like this every decade, and the next one doesn’t arrive until around 2025.