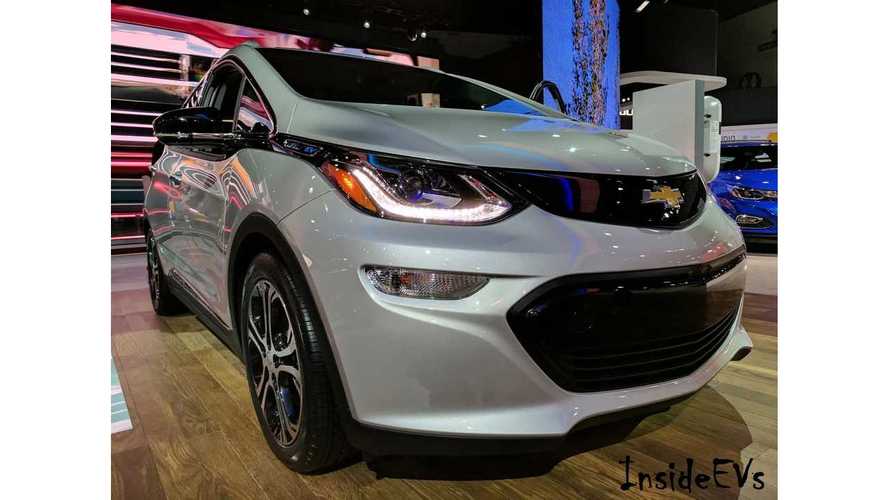 This is the month many eager Americans, looking for an affordable, long range EV to park in their driveway, got their chance to own one!

The Chevrolet Bolt EV officially was made available for delivery nationwide in the US (a month ahead of its original schedule), and although inventory didn't actually make it to every certified Bolt EV dealer in the US, the 238 mile Chevy found a lot of new homes in August.

Inside the 2017 Chevrolet Bolt...where many more Americans than ever found themselves in August!

For the month, an impressive 2,107 Bolts were sold, the best result to date for the EV.

The previous high was the 1,971 copies sold in July.

August's result brings the year-to-date total up to 11,670 and also marks the 6th consecutive monthly gain for the car.  With that trend in mind, we are anxious to see how high sale can ultimately go as more inventory, to more states arrive...as well as the traditional "year end rush" for plug-in offerings.

For more info on the Chevrolet Bolt EV, as it relates to a long term test, check out our own Tom Moloughney's review of the car here (spoiler: he comes away impressed).

Perhaps showing the results of higher demand in new states, or as a result of an extended Summer shutdown at its Orion, Michigan facility, average inventory of the Bolt EV fell in August by our calculations to about ~4,900 units.

On the slightly down-side, some early Bolt EV owners were given notice that their cars may have a battery issue that the onboard range estimator can't detect, which has the potential to leave driver's with less actual range than they expect, stranding them in the wild.  Thankfully, GM estimates that this effects less than 1% of early deliveries, or about ~100 vehicles.

Chevrolet Volt sales continued to be a bit soft in August

While the Chevrolet Bolt EV has seen its sales expand alongside its footprint, its plug-in stablemate, the 53 mile extended range Chevrolet Volt has seen in sales come under pressure.

It is still far to early to suggest that the Bolt EV is taking sales away from the Volt, but August was the third month in a row Volt sales have been lower year-over year.

Despite the lower than originally anticipated sales this Summer, the recent factory shutdown in Hamtramck, Michigan did bring the national inventory down from a high of around 6,000 earlier this year to around 4,000 early in the month.  Although , the 2018s are now arriving (no significant changes - 2018 MY details here) and the level has once again started to climb.