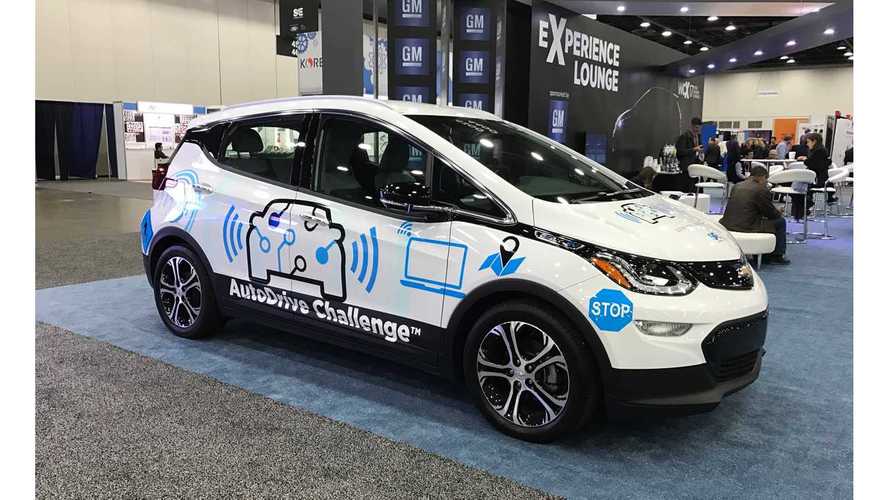 Similar to the Department of Energy's EcoCar challenge, where college and university teams compete to improve the efficiency of a GM vehicle, AutoDrive is a new, three-year program that lets North American school teams build their own autonomous car technology.

Officially, the, "technical goal of the competition is to navigate an urban driving course in an automated driving mode as described by SAE Standard (J3016) level 4 definition by year three."

Since the WCX17 announcement is just the first part of AutoDrive, it won't be until the spring of 2018 that we will see the first of three annual competitions.

While the competition is the focus here, an important part of these sorts of collegiate challenges is simply teaching the students the science behind the tech. That's why, the SAE says:

"Throughout the AutoDrive Challenge™ competition cycle, students and faculty will be invited to attend technology specific workshops to help them in their concept refinement and overall autonomous technical understanding."

There have been other self-driving vehicle challenges in the past. The best-known, most likely, was the DARPA Grand Challenge, a military event sponsored by the United States Department of Defense. It was held a number of times between 2004 and 2013 with different themes.

The 2007 Urban Challenge, for example, "required teams to build an autonomous vehicle capable of driving in traffic, performing complex maneuvers such as merging, passing, parking and negotiating intersections.  This event was truly groundbreaking as the first time autonomous vehicles have interacted with both manned and unmanned vehicle traffic in an urban environment."