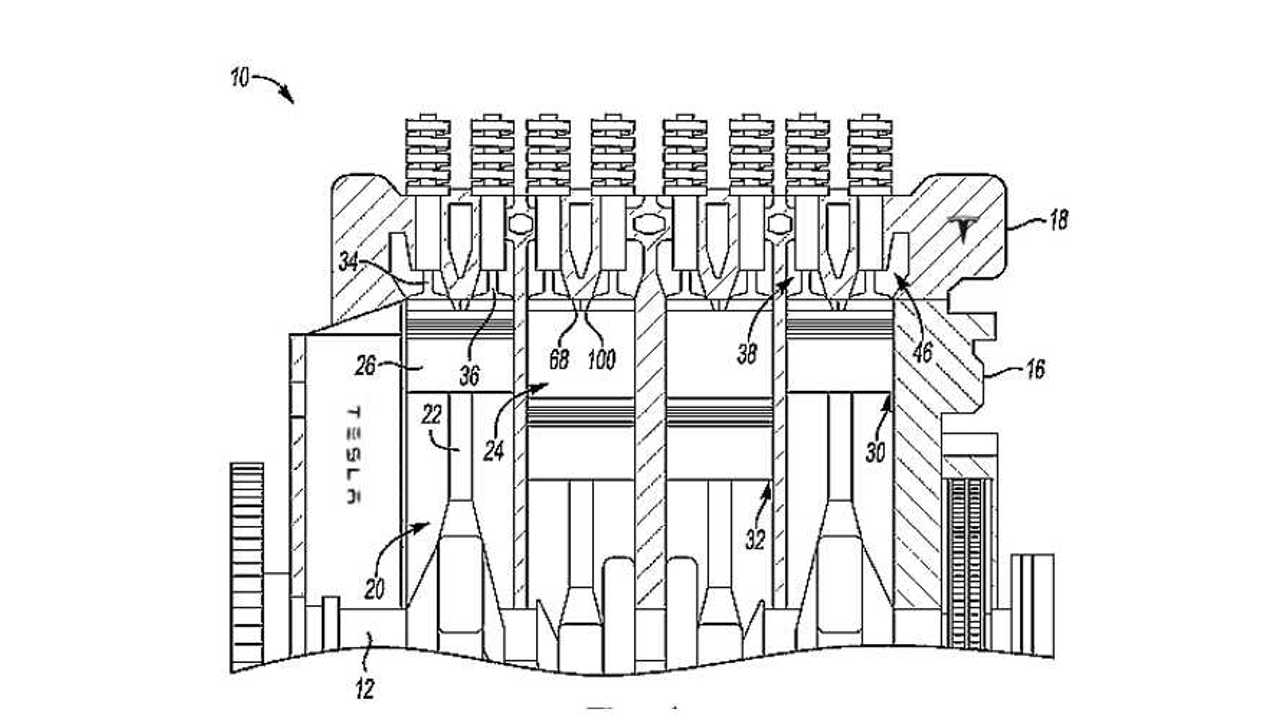 We're not quite sure what to make of this, but it appears that Tesla - famous for making electric vehicles cool and sexy - has been working on some sort of gas-powered range extender. We know this from a patent filing we found as part of our regular skimming of EV patents (see the first two entries in the series here and here). As we say every time when we write about patents, just because a company files an application for a particular technology doesn't mean that it will end up in a production vehicle, but this one is undoubtedly interesting.

The language of patent applications is never really easy to understand, and this one is no different. Here's one of pertinent segments:

How this is dramatically different from the internal combustion engines we already have is not entirely clear, but if the U.S. Patent Office thinks it's worth approving, then there must be something there. This patent, number 401APF, is buried deep in a group of patent applications that are otherwise uninteresting. This group mostly covers minor battery technology improvements, things that we would expect from an EV-centric company like Tesla. What's strange is that this patent was directly authored by CEO Elon Musk, the man who came up with the hyperloop and is boring a tunnel between his office and LAX.

Reached for comment, a Tesla spokesperson gave a brief statement to InsideEVs: "Our CEO hasn't been himself lately, especially after spending so much time at Trump Tower. We can only assume that Musk has heard something in those meetings that he has not yet told the rest of us, and that's why he has come up with this unusual idea, to add a gasoline range extender to our electric vehicles." We'd be foolish to not investigate further.