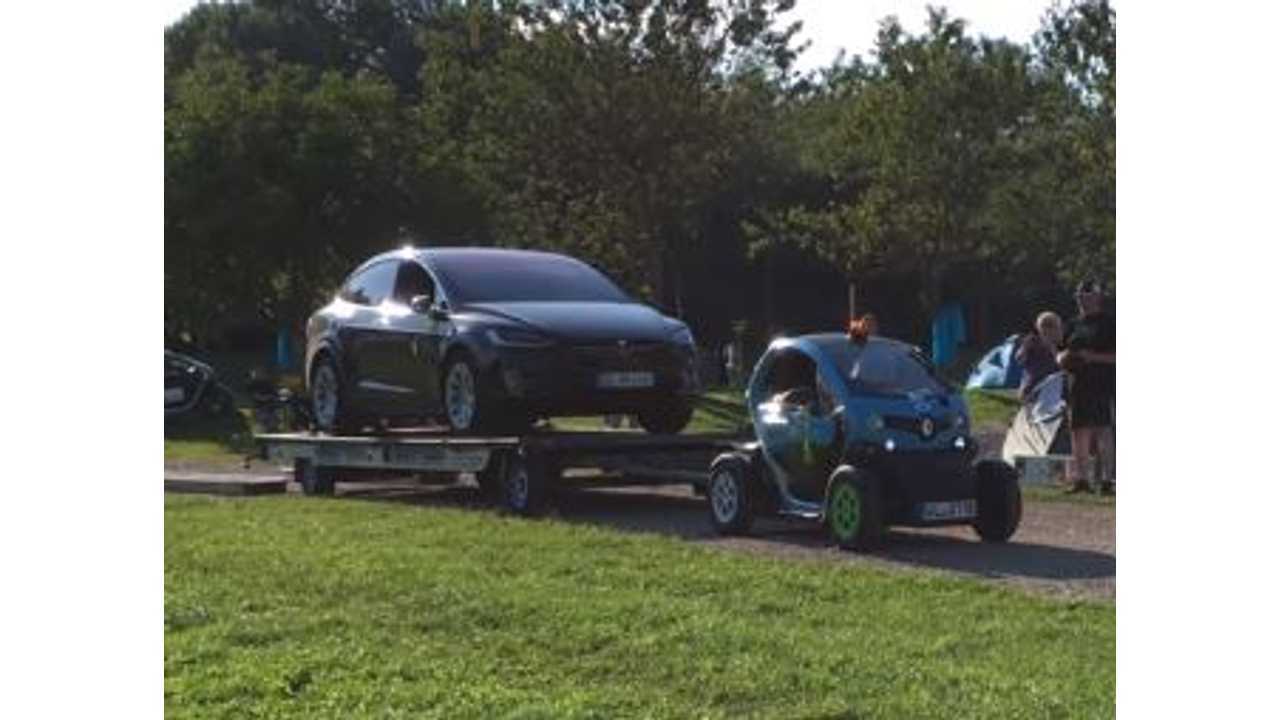 Are your eyes deceiving you? Can a Renault Twizy actually tow the portly Tesla Model X?

Of course the Renault Twizy isn't rated to tow the Model X, but that doesn't mean it's not possible.

As far as we can tell, the Twizy has a tow rating of 0 pounds, so it's clearly not capable of towing the ~5,300 pounds Tesla Model X. Or is it?

The key thing here is that there's no speed involved, acceleration is very gentle and that the grade appears to be relatively flat. Under these conditions, the Twizy tugs the X gently from a stop and manages to accelerate to a very low speed. Even so, it's still a sight to see. The tiny Twizy pulling the the Model X, plus trailer, is likely to be one of the rarest automotive sightings in the world.

The epic tow took place at the 2017 National Twizy Meet Up known locally as Bundestwizytreffen 2017.