Hyundai Hydrogen Fuel Cell SUV Will Have 500 Miles Of Range 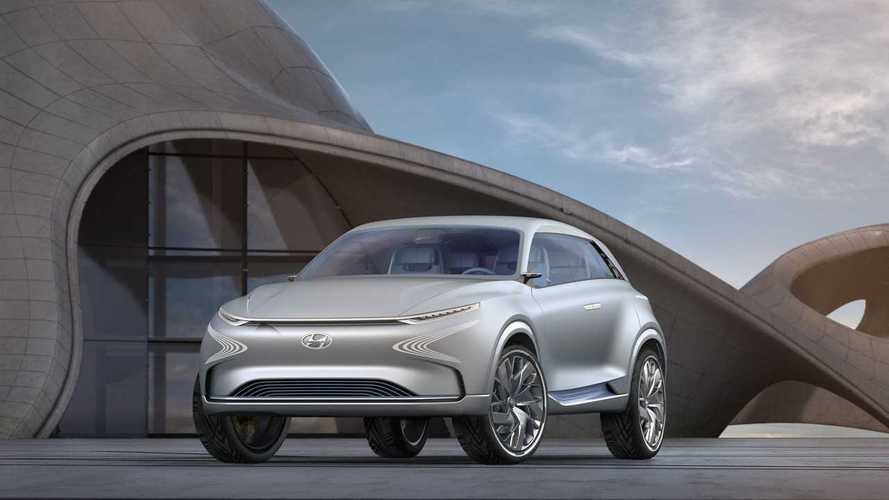 Set to debut from the winter olympics, Hyundai's new hydrogen SUV could have a range of up to 500 miles.

Alongside the Ioniq, the ix35, and others in the lineup, Hyundai has a long-term plan in place to bring even more efficient vehicles to market. A new dedicated EV platform is already on the way, and now the Korean automaker says that it will introduce an all-new fuel cell SUV in just a few years.

According to Bloomberg, the proposed fuel cell SUV will have a further driving range than vehicles from rivals like Toyota and Honda. The new model will be introduced alongside a fuel cell bus during the Winter Olympic Games in Pyeongchang, South Korea in 2018.

The upcoming SUV was previewed earlier in the year by the dramatic FE Fuel Cell concept. The concept was first shown at the Geneva Motor Show and has an estimated range of about 500 miles (800 kilometers) on a single refuel. We’ve also seen a small hydrogen crossover testing on public roads, though it’s unclear whether these models are one in the same.

But Hyundai not only wants to lead in range, but also infrastructure. "We want to lead the changes in terms of technology," said Kim Sae-hoon, who oversees fuel-cell technology at Hyundai. "When there is industrial restructuring and emergence of new technologies, it gives a new opportunity to us." In total, Hyundai sold just 242 ix35 fuel-cell vehicles last year compared to Toyota’s 2,050 Mirais sold, 1,000 of which were in Japan.

Already the South Korean government has announced a goal of putting more than 10,000 FCVs on the road, exporting 14,000 units, and installing more than 100 charging stations by 2020. A so-called "Hydrogen Council" set up earlier in the year hopes to put those plans in to place with a more than $10 billion investment.