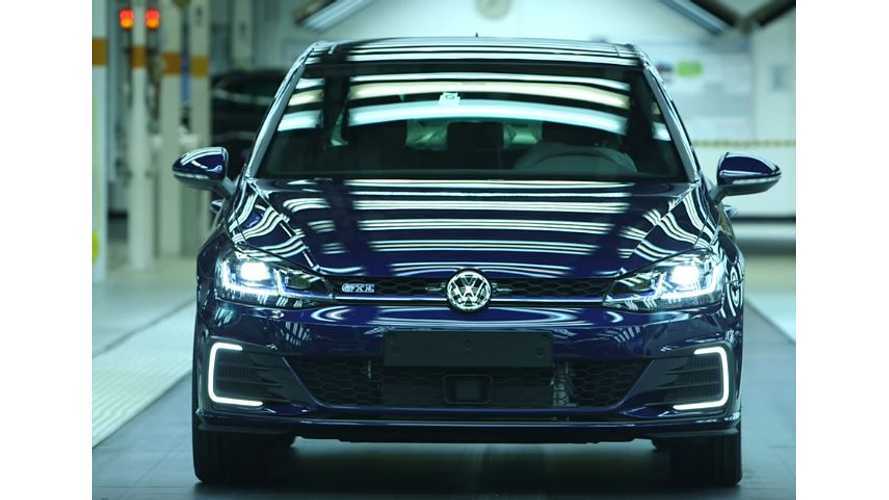 Volkswagen is celebrating the production of its 150 millionth vehicle more than eighty years after the marque was founded. The jubilee car is a blue Golf GTE, a plug-in hybrid hot hatch (with 50 km/31 miles of all-electric/NEDC range) that is “a symbol of the future of mobility at Volkswagen,” which rolled off the assembly line at VW’s main Wolfsburg plant in Germany.

Volkswagen started mass production on December 27, 1945, when the Type 1 Kafer was put on the production lines. In Wolfsburg, in the post-war era, the manufacturer “shaped the automotive industry” with the production of the Beetle, of which more than 21.5 million examples were assembled.

However, in 2007, the Golf surpassed that number when the 25 millionth copy rolled of the Wolfsburg assembly lines. Today, already in its seventh generation, the Golf is the company’s most popular model in history with more than 34 million vehicles delivered worldwide.

"150 million vehicles – that means we have made the dream of owning a car come true 150 million times for customers all over the world,” Dr. Herbert Diess, CEO of the Volkswagen brand, commented. “You and your day-to-day work are the basis for this success. My colleagues on the Board of Management join me in thanking all Volkswagen employees – at all our sites. This anniversary would not have been possible without your commitment."

Currently, Volkswagen produces cars in a total of 60 plants in 14 countries around the globe. Today, VW has more than 60 models on the different markets. Apart from the record-breaking Golf and the legendary Beetle, the manufacturer has produced and delivered more than 20 million Passats, some 19.5 million Jettas, and almost 17 million Polos. More than 44 million of those vehicles have been assembled in Wolfsburg.

“This anniversary proves our colleagues have done a splendid job for generations,” Chairman of the Volkswagen Group and General Works Council, Bernd Osterloh, added. “Here at Volkswagen, we build top-quality cars. And we will continue to do so in future. Our workforce has every reason to be proud of that."