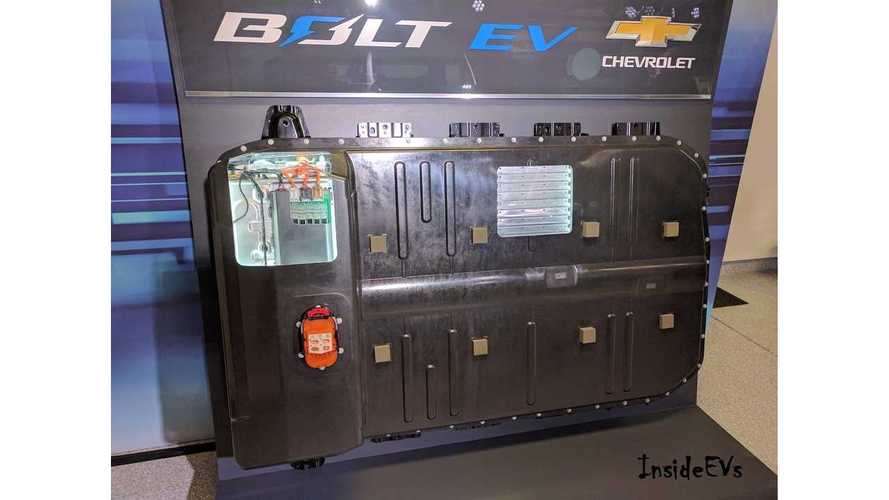 It seems some Chevrolet Bolts have the potential for battery failure.

Fortunately, General Motors is already aware of the issue and is proactively reaching out to owners of Bolts that may be impacted.

We are aware of a small number of early Bolt EV customers who have experienced loss of propulsion. Due to a battery low voltage condition, the car may incorrectly report remaining range at low states of charge and lose propulsion before the customer expects.

Of the more than 10,000 Bolt EVs sold to date, less than 1 percent have experienced this issue so far. Early production vehicles are more likely to have this issue, as we are always finding ways to improve quality throughout our supply chain.

Through OnStar advanced diagnostics, we have identified the vehicles that could develop this condition over time and are contacting the affected customers to arrange for service.

"General Motors today began notifying a couple of hundred owners of the Chevrolet Bolt all-electric car about a battery problem that could leave them stranded. In an exclusive interview with PluginCars.com, Kevin Kelly, ‎senior manager for advanced technology communications at General Motors, said that the problem might affect less than one percent of early Bolt production models."

Affected Bolts will require a total battery replacement, even if only a single cell is found to be faulty.

What's the issue? It's not clear really, but Kelly says:

“We noticed an anomaly via data from OnStar and that led us to investigate the issue."

"He said that the problem is caused by one or more of the cells malfunctioning and thereby providing a false reading of remaining range on the dashboard. Drivers could then be misled into thinking the Bolt’s battery pack has sufficient energy to complete a trip—only to experience the car run out of charge and abruptly stop."

PluginCars' Brad Berman experience this particular issue in his own personal Bolt, which left him stranded on at least one occasion. He tells his story in full at the source link below. Berman states:

"It took nearly two weeks for a new battery pack to be shipped to the dealership and swapped into the car. The service record indicated: “Battery has a bad cell 25.”

"It was surprising to learn that my Bolt—which has been performing well since a new complete battery pack was installed two days ago—is considered an “early” production unit. My lease began more than six months after the first sales of the model."

As of right now, we don't see a specific recall or mention of any battery-related issue on the 2017 Chevrolet Bolt listed on NHTSA. Nor is there a release from GM on the matter at this time. We'll update this post when more information becomes available.