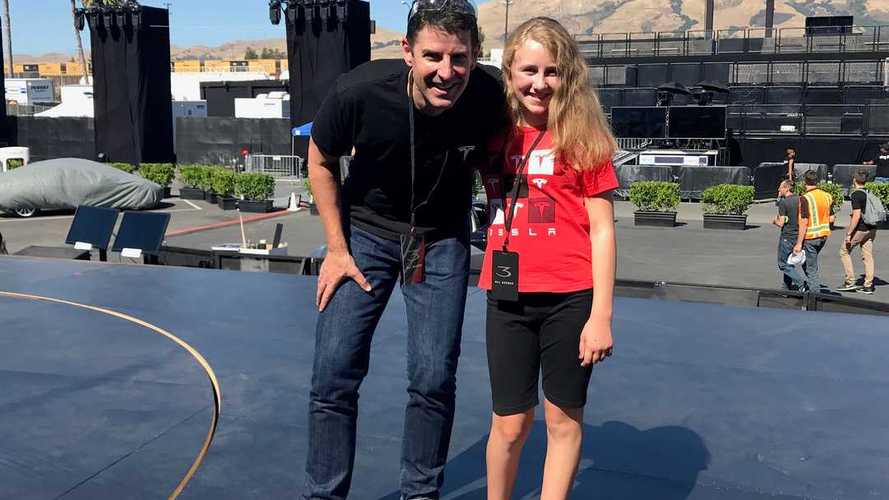 If anyone at Tesla has earned a bonus, Global President of Sales and Service, Jon McNeill, would arguably be among the top on the list.

As we've previously reported, McNeill goes above and beyond on a regular basis to make sure that Tesla customers are taken care of. He surely doesn't hide and can be found from time to time dealing with problems in Tesla forums.

McNeill is very open and willing to talk one-on-one with Tesla owners and fans, even if it has nothing to do with specific duties associated with his title. Heck, who are we kidding ... Global President of Sales and Service along with meeting ridiculous quarterly targets ... means everything is part of your job. It seems McNeill is well aware of this and doesn't balk at the challenge.

One of the stars of the Model 3 event tonight The inspiring young woman behind Project Loveday! @TeslaMotors pic.twitter.com/AekpAVtIvG

A recent SEC filing reveals an agreement made to McNeill related to additional compensation tethered to quarterly targets. This is not unlike CEO Elon Musk's "deal", except that his could amount to a whopping $1.4 billion. Basically, if certain targets are met, the employee receives a set amount of compensation. In this case, McNeill will be shooting for a $700,000 bonus. Details as to whether the bonus is paid in cash, stock options, or other are determined by the actual targets. The filing reads (via Teslarati):

“On August 18, 2017, Tesla entered into an incentive compensation plan (the ‘ Compensation Plan ‘) with Jon McNeill, Tesla’s President, Global Sales and Service, pursuant to which Mr. McNeill will be eligible to receive variable compensation upon the achievement of certain target levels of (i) vehicle deliveries during the third and fourth quarters of 2017, (ii) operational and financial metrics relating to vehicle service performance and costs during 2017, and (iii) customer satisfaction scores during 2017, with an aggregate target payout amount of $700,000.”

As stated, targets relate not only to sales but also to service performance and customer satisfaction. Tesla didn't intend to make such goals easy. It's not as if the company is simply handing over $700,000. McNeill, his immediate team, and the company as a whole have a monumental wall they must climb in order to achieve. As the Model 3 begins to ramp up, not only is the number one concern its production execution and success, but also assuring that service centers can keep up, charging networks are readily available, and all issues are tended to in a timely and professional manner.

McNeill is no stranger to achievement. He's an ex-Google Vice President with years as a CEO of a successful business software company. In the past, the Boston Business Journal coined him the "Most Admired CEO", according to Teslarati. Additionally, McNeill was formally named as Ernst & Young’s Entrepreneur of The Year.