BMW i8 Roadster Shown In Its Final Testing Phase - Video 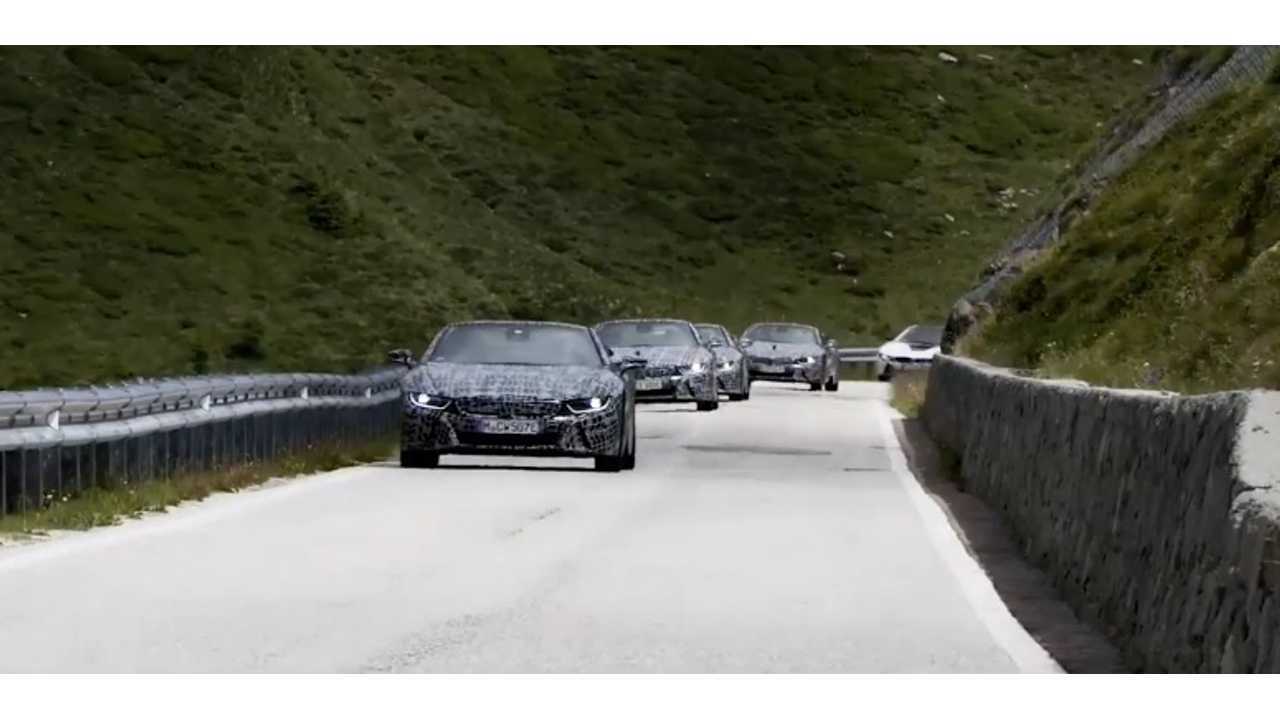 Teased again just ahead of its debut next month in Frankfurt.

Ahead of the Frankfurt International Motor Show in September, BMW has released a new video with several i8 Roadsters in their final testing phase (AKA still sporting camo).

The BMW i8 Roadster probably won't differ much from the standard i8 on the powertrain side (there are no concrete details available yet), but some tweaks and slight upgrades are possible, and would likely also filter down to the standard i8 over time.

With the i8 Roadster, BMW will be the second manufacturer after smart to offer a plug-in cabriolet on the market.

Besides the i8 Roadster, it's expected that BMW will present a sportier i3 - the i3s from Frankfurt.

We'll be on hand live in Germany for all the reveals, which will expect to be numerous as pressure from EU and US compliance and Co2 regulations heat up over the next couple years.