Electric Vehicles Are Changing How Audi Names Its Cars 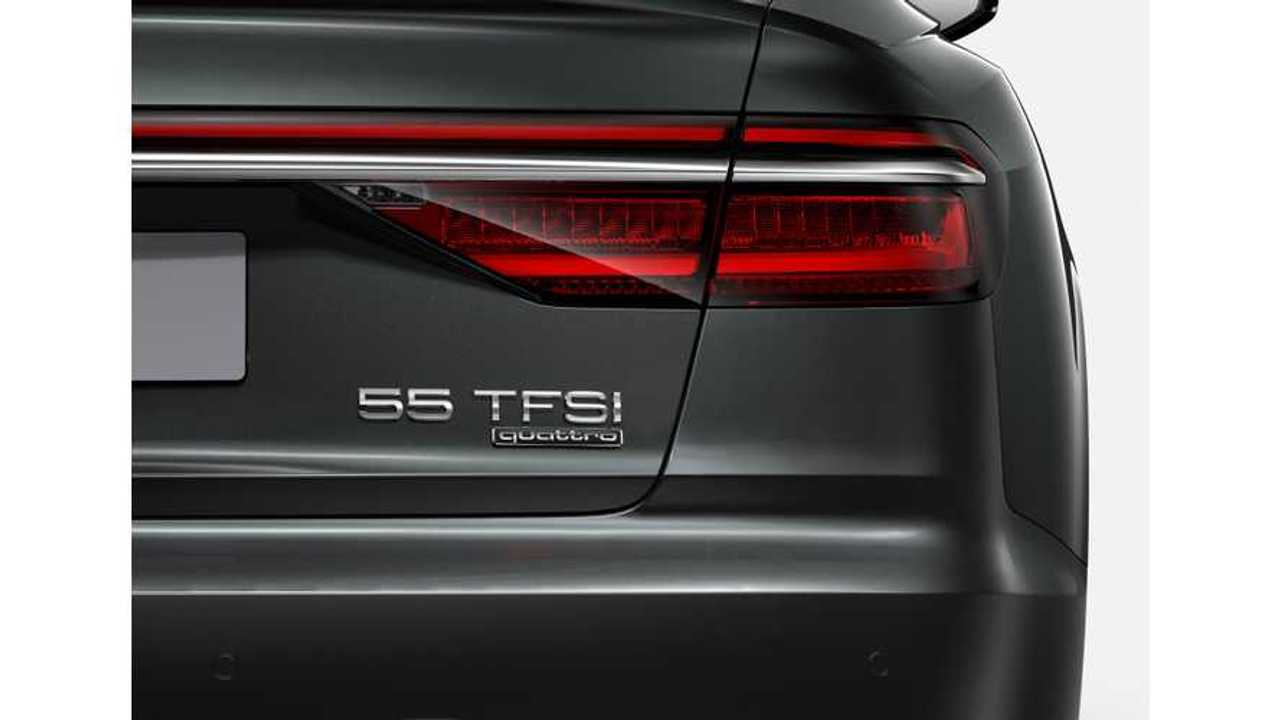 There used to be a simple logic to the numbers in an Audi vehicle's name. The A4 3.0 TFSI Quattro, for example, had an engine displacement of 3.0 liters. But, if you're going to be selling fully electric, plug-in hybrid, natural gas, and boring old fossil fuel vehicles, then sticking with the old-fashioned method just isn't going to work. So, like any good, future-looking company, Audi is rethinking how it will name and badge its cars. Unfortunately, the new names are a bit of a mess. You can read all about the confusing change on Motor1.

We wanted to get into the reasons behind Audi's change,  because it's a direct result of Audi's diversifying powertrain options. If you're going to have customers choose between the gas, PHEV, and all-electric version of a future Audi, then using one set of names to somewhat equally compare them makes sense.

Audi even says that, "the new designations stand for the specific power output and apply both to cars with combustion engines and to E-Tron models with hybrid and electric drives."

As you can see in the chart below, in the current Audi fleet, there will be eight new portions of names added to the lineup, ranging from 30 to 70.

This chart below says, in German, that the new names are based on power output in kilowatts (kW). The 70 designator is for cars that put out more than 400 kW, while the lower numbers match the ranges you see on the right. The bottom line says that the performance specifications on the right side are based on current offerings and may change in the future.

In other words, don't bother memorizing exactly what the new "40" means in kW, just know that it's in the lower half of Audi's power line-up. Returning to that A4 3.0 TFSI Quattro example above, since the 2017 model has 252 horsepower (which is 185 kW), in the new naming culture, it will be called the Audi A4 45 TFSI Quattro. Simple, right? Perhaps, once you know the reason behind the change, but we know that this new naming set up is going to cause all sort of confusion for a little while.

If you read the press release below with an EV-focused eye, one other line might pop out to you: "A special place in the line-up is occupied by the high-end, high-performance S and RS models and the Audi R8. ... They will retain their classic names in reference to their top position in the model range." We asked Audi's spokesperson Josef Schloßmacher if this means that there will never be any E-Tron versions of the brand's S and RS models and he didn't rule that option out entirely. "At this moment, there are no plans to have models as you describe for the near future," he said. "But never say never – if our customers ask for it, we will also add the right name to such a car."

Audi is adopting a standardized nomenclature for the power output designations of its worldwide range of automobiles. The names of the model series – from Audi A1 to Audi Q7 – will remain unchanged. Within the model families, combinations of two numbers will replace the various type designations previously used. The new designations stand for the specific power output and apply both to cars with combustion engines and to e-tron models with hybrid and electric drives.

The reference value for the new model designations is the power output of the individual model in kilowatts (kW). Audi is thus subclassifying its model range into different performance levels – each identified by a two-numeral combination. For example, the numeral combination "30" will appear on the rear of all models with power output between 81 and 96 kW. And "45" stands for power output between 169 and 185 kW. The top of the Audi model range is the performance class above 400 kW, which is identifiable by the number combination "70". In each case the numerals appear along with the engine technology – TFSI, TDI, g-tron or e-tron.

"As alternative drive technologies become increasingly relevant, engine displacement as a performance attribute is becoming less important to our customers. The clarity and logic of structuring the designations according to power output makes it possible to distinguish between the various performance levels," explains Dr. Dietmar Voggenreiter, Board of Management Member for Sales and Marketing at AUDI AG.

In the coming months, all Audi model series launched on the market will be assigned the new performance designations beginning when they are offered for sale. Audi will change the designations of the remaining model series in the current product range in time for the new model year changeover in summer of 2018.

* Figures depend on the tires/wheels used and on the transmission version, and for the Q7 also on the number of seats