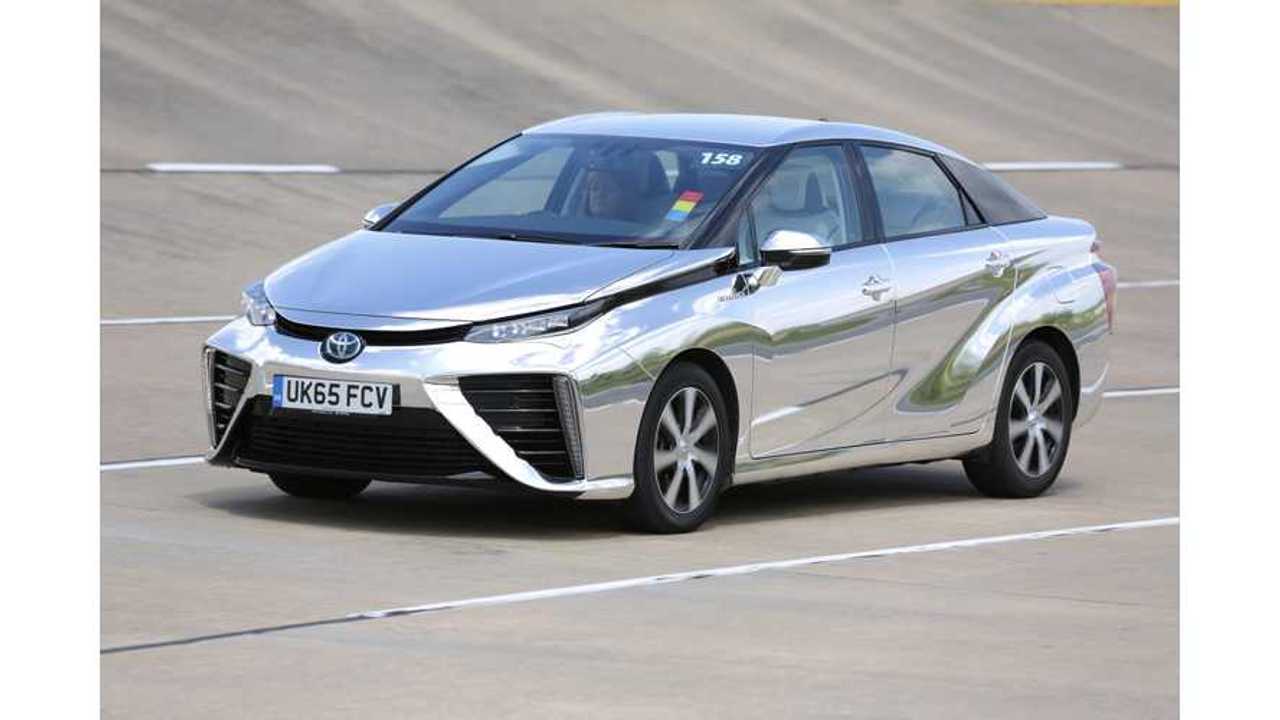 What happens when you put titanium dioxide coated vinyl up on a billboard? Apparently, you can capture nitrogen dioxide (NOx) floating around and make the air cleaner. Toyota is going to do just that as a way to promote the Mirai Fuel Cell in the Los Angeles and San Francisco. The company is putting up 37 ads in early April that will cover a total of 24,960 square feet in the two cities. That's enough to to "scrub" the equivalent NOx emissions of 5,285 vehicles each month, Toyota says. The automaker even wrapped a Mirai in titanium dioxide coated vinyl when it announced the ad campaign ad the first Environmental Media Association Impact Summit in Beverly Hills today.

Putting titanium dioxide on surfaces exposed to the elements to capture NOx is nothing new. In 2008, Lawrence Berkeley National Laboratory prepared a report called Evaluation of Titanium Dioxide as a Photocatalyst for Removing Air Pollutants for the California Energy Commission that found that, "Widespread use of titanium dioxide nanoparticles in building materials, and on roads, freeway sound walls, and so forth, is proposed by proponents of the technology, but the efficacy of this approach has been unclear." And, as ThomasNet explained five years ago, titanium dioxide (TiO2) is used in things like toothpaste and white paint and:

Nitrogen oxide (NOx), a primary component of smog, is one of the contaminants rendered harmless by TiO2. The reaction between the titanium dioxide, ultraviolet light and water vapor transforms the airborne NOx into a nitrate that while perhaps is not ecologically neutral certainly is better for air quality. (Too much nitrate in groundwater has been tenuously linked to methemoglobinemia, or blue baby syndrome, in young infants, particularly in areas where there are high concentrations of nitrates from fertilizer in soil and groundwater.)

Let's not worry about that last bit, though. The billboards will only be up until May 28th.