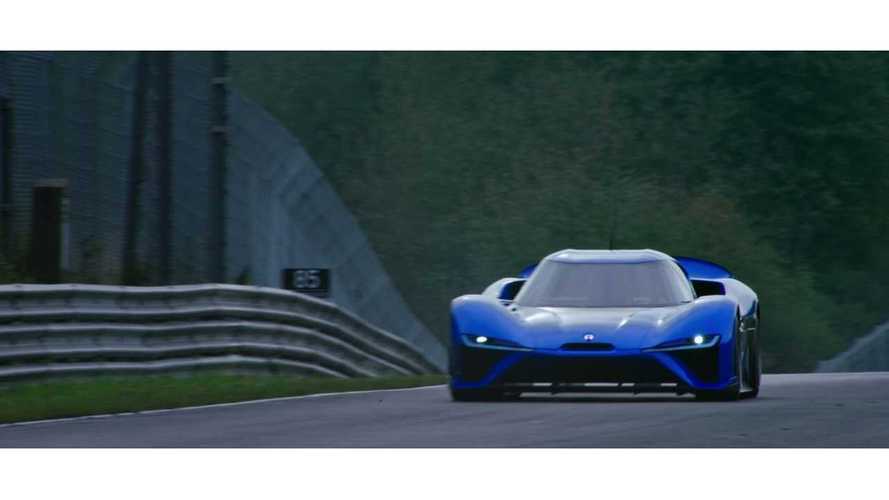 Watch the electric hypercar whine its way to a 7:05 record.

Last November we were introduced to the Nio EP9 in a rather spectacular way when it lapped the Nurburgring in just over seven minutes. That lap was – and still is – a record for any electric car at The Green Hell. It also eclipsed several benchmarks set by some rather notable performance giants using internal combustion power, the Nissan GTR and Dodge Viper ACR being among them. The Shanghai-based startup then took the EP9 to the Circuit of the Americas in Texas, where it lapped the 3.4-mile track in 2 minutes and 40 seconds – all by itself.

We mention this driverless adventure because it’s spooky and awesome, but also because it adds an interesting spin to this particular story. Nio recently released the on-board video of the full lap from the record-breaking Nurburgring run, and while that lap most certainly had a driver at the wheel, we can’t help but notice a certain amount of, well, boredom from the wheelman as the car whines its way around the ‘Ring.

This must be due to the camera angle, or the helmet covering a majority of the driver’s face, because certainly there’s nothing boring about a seven-minute lap around the Nurburgring. There’s also nothing boring about the EP9, from its sinfully good looks to the four electric motors that generate a total of 1,341 horsepower. Each motor has its own gearbox, and with all the technology in sync the car hits 60 mph in 2.7 seconds, 124 mph in 7.1 seconds, and tops out at 195.

Still, check out the driver’s face (what you can see of it) towards the end of the video as the EP9 blasts down Döttinger Höhe. We’ve never seen anyone quite so nonchalant at what would presumably be speeds close to 200 mph. We’re not suggesting the car was doing all the work here – if anything being the sole passenger in an autonomous car reaching airliner velocities would be freak-worthy. To us, this footage suggests the EP9 is capable of even more. Aside from a few moments of audible tire-scrubbing and skipping, this electric hypercar seemed buttoned down and insanely composed. That's a telltale sign of a superb driver, but also of an amazing car.

Now is a great time to be a fan of speed, and we can’t wait to see what’s next from the folks at Nio.