Tesla Is The Only Automaker Positioned To Lead The Energy Transition 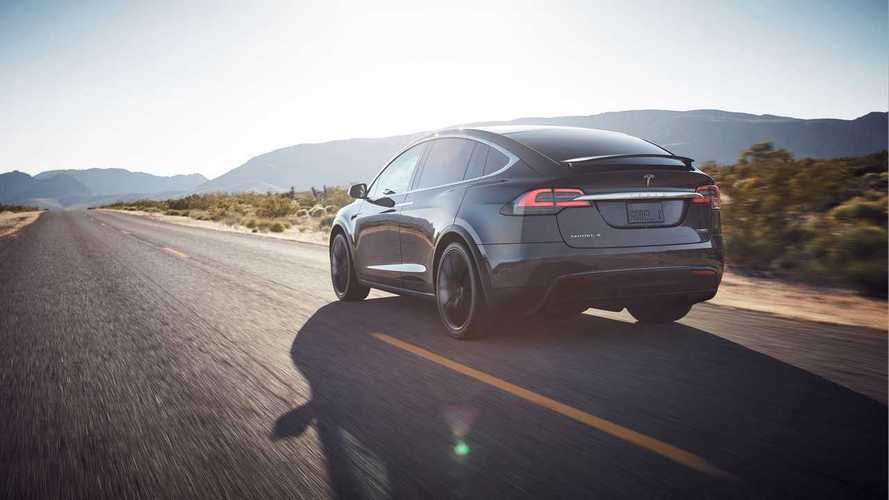 The Tesla Model 3 will be the first significant leader in the vehicle energy transition.

The hot topic these days, anywhere that trends in the tech and business worlds are being discussed, is the coming transition away from fossil fuels.

Wise men and women are considering the impending upheaval from every possible angle, but one common denominator that always comes up is Tesla.

In a talk at Singularity University’s Exponential Manufacturing Summit, machine learning expert, investor and science fiction author Ramez Naam explains some of the reasons for the energy transition - falling technology costs, choking air pollution, - and discusses some of the business opportunities that are being created (Mr. Naam is an investor in early-stage clean tech companies).

As is the case with all major reorganizations of human society (the industrial revolution, the spread of automobiles, the rise of the internet, etc.), the brave new world of energy and transportation can be examined through different lenses, so to speak: environmental, geopolitical, technological or financial, to name a few. Mr. Naam focuses mainly on the tech angle, explaining how innovation is rapidly reducing the prices of key energy-related technologies, and why this will disrupt the existing order.

*This article comes to us courtesy of EVANNEX (which also makes aftermarket Tesla accessories). Authored by Charles.

He illustrates his points with plenty of charts showing the declining costs of renewable energy and its enabling technologies: wind power, photovoltaic cells, battery storage - all have seen exponential increases in capability and decreases in price. Will current trends continue? Well, forecasts are all over the map, but the entrepreneurs who are making this all happen (such as Elon Musk) tend to believe that the trend of declining costs will continue, or even accelerate. Mr. Naam’s take? “Believe in the innovators more than the forecasters.”

Most of Naam’s audience consists of people involved in manufacturing, and he points out that energy is one of their largest cost items. A reduction in the cost of energy could revolutionize manufacturing. People tend to assume that clean energy is expensive energy, but if current trends continue, solar energy combined with energy storage will soon be by far the cheapest form of energy. In some parts of the world, it already is - last September in Dubai, a deal was signed to produce electricity from a 1.3 GW solar plant for 2.42 cents per kWh. That’s less than half the average price of natural gas-generated electricity in the US, and in other parts of the world, the disparity is even greater.

Naam shows us chart after chart with steep curves. Renewable energy and storage: capacity up, costs down. Coal: down. Did you know that over half of the coal used in the US is now being produced by companies that are in some form of bankruptcy? The curves begin to look ominously like the curves that illustrated the decline of film cameras.

For impatient Elon Musk fans: the Iron Man makes his appearance about 17 minutes into the show. Raam says he didn’t believe in electric vehicles a few years ago, but he does now. What changed his mind? It sounds like it was Tesla, which almost single-handedly changed the public perception of EVs from clunky, unreliable golf carts to glamorous, cutting-edge computers on wheels. He illustrates his point with a video of someone experiencing the now-famous Insane Mode revelation (or should we call it the “Oh s--t revelation?”). For Raam, the final nail in the ICE coffin was the advent of Model 3, which “drives like a Porsche and is priced like a high-end Camry.”

The futuristic Tesla Model 3 unlocks via a key card and a phone app. Most everything inside the car is controlled via the touch screen.

The charts keep coming, an inexorable succession of steep lines leaving no doubt that the electromobility transition is upon us. The Energy Information Administration predicted in 2015 that there would be a mere 10 or 20 thousand 200-mile EVs on the road by 2040(!). Naam says (with a bit of overstatement) that Tesla just sold half a million of them.

Battery costs make up a third the price of current EVs, and those costs have been dropping by about 25% every time global battery manufacturing capacity doubles. What happens to EV demand if current cost trends continue? Another hockey-stick chart.

Naam compares a photo of the elegantly simple Tesla powertrain with one of the thousands of parts that make up an ICE vehicle, to illustrate his prediction that, before long, EVs will actually be much cheaper than legacy vehicles - within 15 years, a luxury vehicle with Porschesque performance will be cheaper than a two-seater smart car is today.

Watch This Tesla Model 3 Rear Bumper Fly Off After Driving Through Puddle
This Tesla Model Y Video Warns You Not To Buy One – At Least Not Now
Ford Mustang Mach-E Looks Massive And Bulky Next To Tesla Model 3
Tesla Model Y First Impressions Via Consumer Reports
Nissan Transitions To CCS For US And Europe, Dealing CHAdeMO A Fatal Blow

Watch This Tesla Model 3 Rear Bumper Fly Off After Driving Through Puddle
This Tesla Model Y Video Warns You Not To Buy One – At Least Not Now
Ford Mustang Mach-E Looks Massive And Bulky Next To Tesla Model 3
Tesla Model Y First Impressions Via Consumer Reports
Nissan Transitions To CCS For US And Europe, Dealing CHAdeMO A Fatal Blow