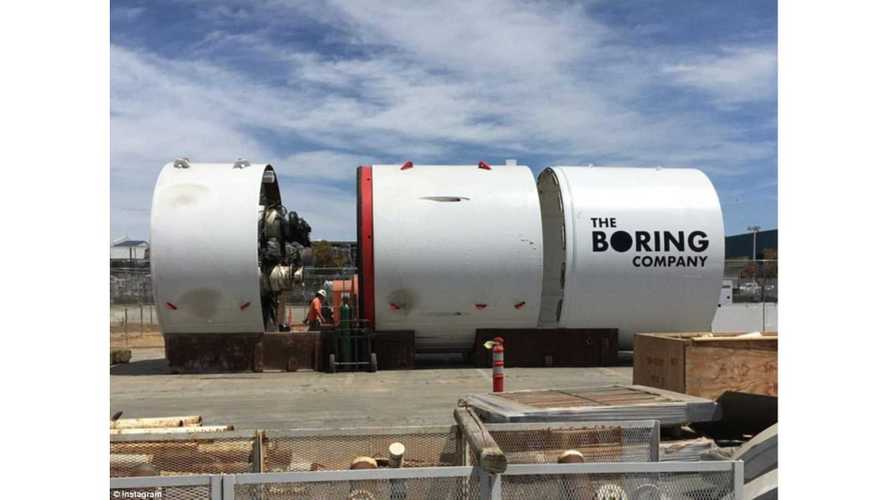 Tesla's Referral Program is currently divided into levels that holds secret prizes. The first level (gain ed after five referrals) revealed month ago was the ability to purchase a Founder’s Series ,next gen Roadster at a 10% discount. Each additional referral will bring additional 2% discount.

And if you collect total of 10 referrals, the second level prize will be unlocked, and this time it's an adventure - kinda: driving a tunnel boring machine.

The opportunity will be created by the Boring Company (latest Elon Musk venture) in Hawthorne, CA.

"Once all 5 take delivery, we’ll give you the opportunity to drive an electric tunnel boring machine with The Boring Company in Hawthorne, CA."

"This one-of-a-kind prize further validates the melding of Elon Musk companies, tying Tesla with his tunnel-digging startup – The Boring Company. There’s no indication on whether the referral program winner will have the opportunity to ride in the proposed 2-mile R&D tunnel beneath SpaceX, but having the chance to operate Musk’s snail-beating digger seems like it would be … boring."

Now that we have discovered two first prizes, we are anxious for "secret level 3".

Tesla has a lot of new projects that could be included in the program: the Model 3, Tesla's new semi truck, or even the Model Y.