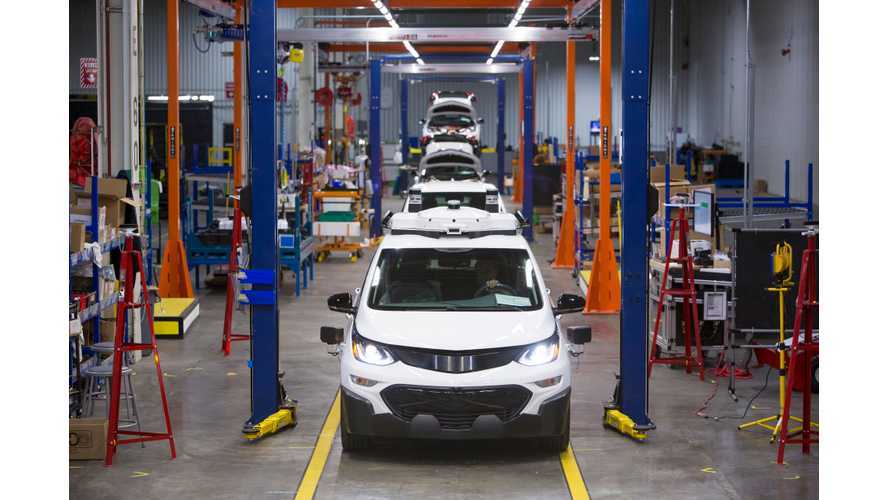 LG Electronics has announced a new electric vehicle components factory to be established in the Detroit suburb of Hazel Park, Michigan, as well as the expansion of its LG R&D Center in Troy, Mich.

LG Chem supplies the bulk of the systems that make the Chevrolet Bolt EV "go" on electricity!

Spurred on by a 40%+ gain in its EV component business - thanks largely to supplying GM with 11 major e-powertrain components for the Chevrolet Bolt EV (including 60 kWh's worth of battery cells via its Chemical division), LG is expanding its operations near the 238 mile EV's manufacturing facility, in the "Detroit 3's" backyard; with an eye on supply componentry to even more plug-in models in the future.

Specifically, LG will be launching a new 250,000-square-foot facility in Hazel Park, Michigan, and the expansion of its R&D department will result in nearly 300 new jobs.

LG Electronics intends to invest about $25 million and will start production in 2018.

One of the most important customers for LG in Michigan is General Motors. The automaker uses lots of LG component in the Chevrolet Bolt EV.

"Representing an LG investment of about $25 million, the project is supported by a $2.9 million capital grant under the Michigan Business Development Program over the next four years, as announced today by the Michigan Economic Development Corporation. LG also will receive hiring and training assistance from the state, including MI Works support in cooperation with local community colleges, and from the cities of Hazel Park and Troy."

"Vehicle components represent the fastest-growing business of global technology leader LG Electronics. LG's first-half 2017 global revenues for vehicle components were more than $1.5 billion, a 43 percent increase from the same period last year, thanks in large part to the successful collaboration with General Motors on the popular Chevrolet Bolt EV. Honored by GM as a global supplier of the year, LG Electronics received the coveted 2017 GM Innovation Award."

"When leading global companies like LG invest in Michigan and create hundreds of good, high-paying jobs here, it speaks volumes about the strong business and mobility climate in the state today. LG's great technological advancements and our outstanding workforce will help pave the way for the vehicles of the future right here in Michigan."

"LG's initiative to develop and produce world-class EV components in the United States represents a key pillar of our strategy to be the best technology partner to U.S. automakers."

This represents a major move in the Detroit area, which has long been the home of the combustion-engined automobile. LG's expanding presence in the area, especially with the electric vehicle focus, is a huge plus to the electric car movement.