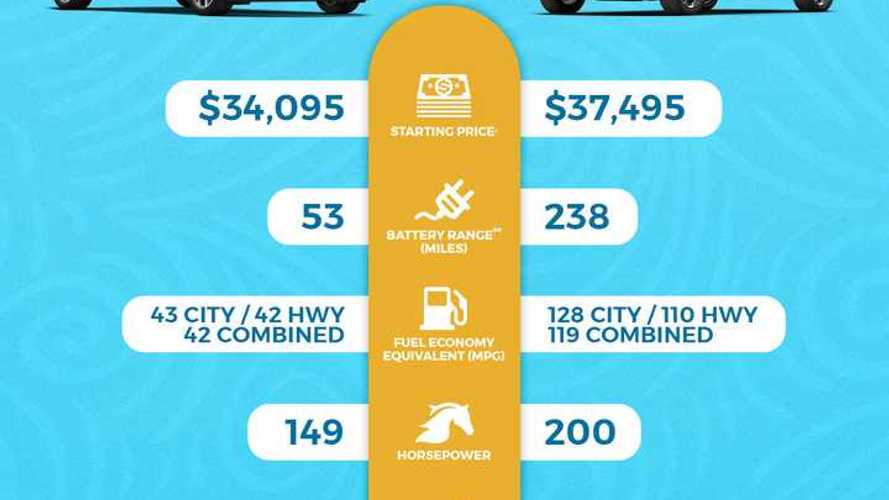 Volt or Bolt? Which one suits your needs?

This very basic infographic lays out the key differences between the Chevrolet Volt and the Chevy Bolt.

The biggest difference obviously between the two plug-in Chevys is that one is a plug-in hybrid, while the other is powered solely by battery. But if we look beyond that, we can see that a few other rather significant differences exist.

When it comes down to selecting which vehicle of these two is right for you, the decision will likely be guided by charging infrastructure in your area. Public charging, though often not required or utilized, gives you the cushion you need to feel confident in buying a pure EV. That likely explains why you'll see a larger percentage of Volts versus Bolts in markets not supportive of EVs, while in the flipside is often more true in regions that show strong backing for electric vehicles.