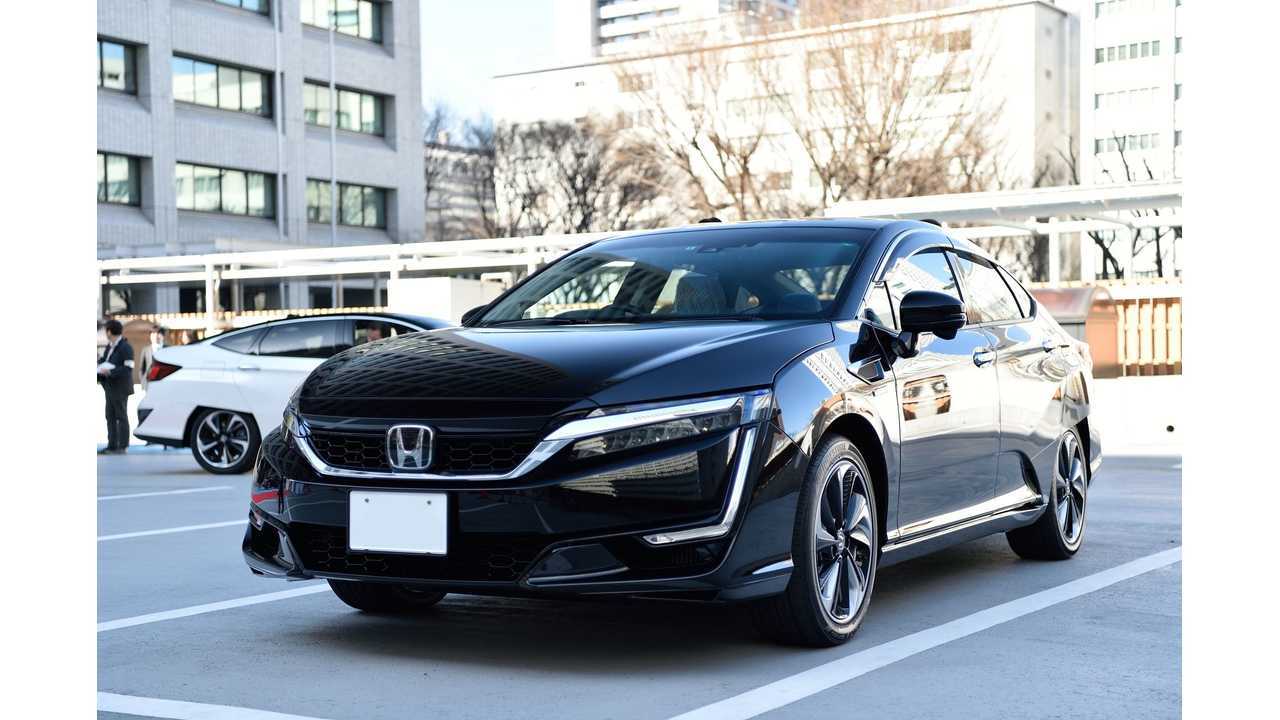 A few weeks ago, we learned that the upcoming Honda Clarity BEV will have an 80-mile range (hinted at at the same time, but not confirmed, was a cost of around $35,000).

The Honda Clarity, currently only offered as a fuel cell vehicle, will also be offered as a plug-in electric vehicle later in 2017.

Anything under 100 miles can seem like a real step backwards in the era of the 238-mile Chevy Bolt and roughly-the-same Tesla Model 3, but, that's not how Honda sees the Clarity BEV's range at all. In fact, Steve Center, vice president of environmental business development at American Honda Motor, said that putting an 80-mile battery into the car was "very deliberate." Here's why.

Center told InsideEVs that the three-pronged approach that Honda is using with the Clarity - remember, the car will also be available with plug-in hybrid and hydrogen fuel cell powertrains - allowed the automaker to tune the all-electric model to deliver exactly what drivers want.

The Clarity Fuel Cell is for EV fans who are willing to compromise on finding a refueling station but want to be seen as a technological leader. The PHEV Clarity, on the other hand, offers your average driver the chance to go electric for around 40 miles a charge without making any real changes to their driving or refueling habits (other than having the opportunity to charge up at home). So, where does that leave the BEV Clarity? Well, Center said, that's for the purists who want to charge at home and only want to drive on electric power. Honda's history with the Fit EV, he said, proves that 80 miles is enough for this crowd. Adding more range would increase costs, and Honda doesn't want to do that.

With 80 miles being enough, in Honda's calculation, the Clarity wins out over its competitors thanks to being a "segment leader in size and comfort," according to promotional materials Honda handed out about the Clarity family recently.

Honda calls the fuel-cell model the "ultimate ZEV," and the PHEV the, "long range electrified vehicle." In other words, there's just no room in the Clarity triangle for a long-range BEV.