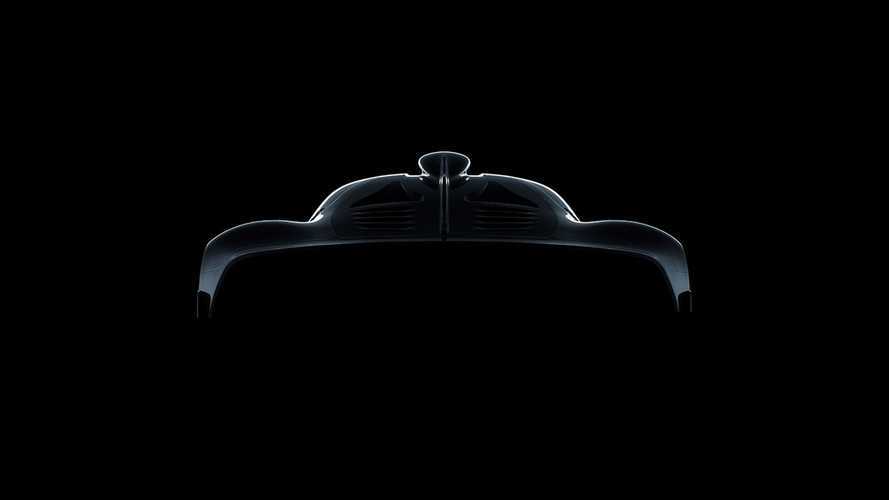 Formerly known by its 'R50' internal codename, the Mercedes-AMG hybrid beast has finally been baptized.

After finding out it is going to have a “perfect” and “stunning” design, we now know what will be written on the badge: Project One. But only if this is indeed the hypercar’s final name. The moniker was revealed by Mercedes-AMG on its homepage where there are also some preliminary details about what many describe as being basically a Formula 1 car that you will be legally allowed to drive on public roads.

The folks from Affalterbach reiterate the Project One is going to utilize an F1-derived engine, specifically the turbocharged 1.6-liter V6 from the championship-winning W07 Hybrid. Speaking of hybrid, Mercedes-AMG mentions the combustion engine is going to be “accompanied by a purely electric and wheel selective front axle drive concept.” In other words, the hypercar will have a clever all-wheel-drive layout, likely with the V6 driving the rear axle and the electric motor powering the front wheels and able to individually send output to one of them. The hybrid powertrain will deliver more than 1,000 horsepower (735 kW) in “probably the most fascinating two seater that will ever hit the road,” according to AMG.

Project One is expected to be unveiled in production guise in the second half of the year, with some saying it will make its debut in September at the Frankfurt Motor Show. The ultra-exclusive model will celebrate 50 years of AMG and rumor has it only 200 to 300 units will ever be made at around €2.4 million ($2.5M) a pop.

Expect some mind-blowing performances, a very low weight, and an utterly spectacular design from Mercedes-AMG’s crown jewel, one that will play in the top league along with the forthcoming AM-RB 001. We only have two semi-revealing teasers so far, but with Daimler’s chief designer Gorden Wagener saying it’s going to be both “pure” and “extreme,” it definitely will be well worth the wait.

Now that we know how it’s going to be called, a question arises. If the hypercar is dubbed “Project One,” does it mean there will be a “Project Two”? Let’s hope so.