Karma Automotive Has A Lot To Say About The Revero's Paint 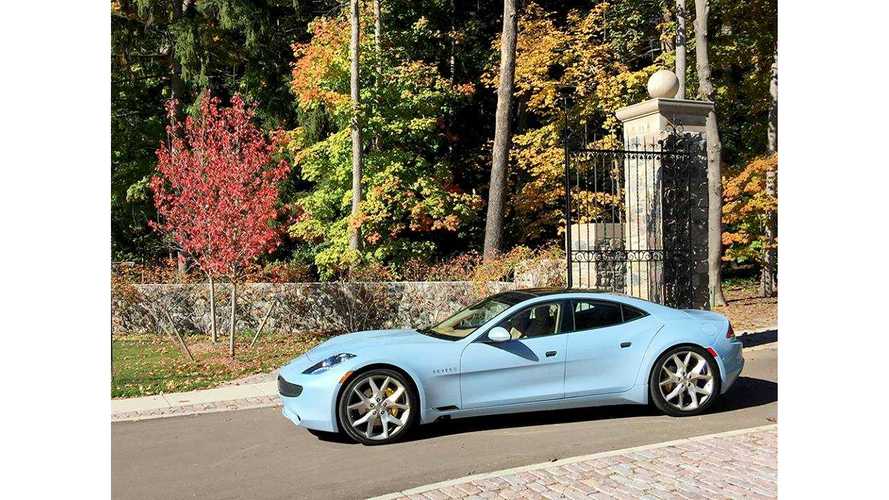 We don't know quite what to make of the latest email from Karma Automotive. The company that's bringing the Fisker Karma PHEV back to life as the 2017 Karma Revero is trying to really talk up the color choices for the new model. The result is a mix of taking cues from nature, hinting at tremendous beauty that you just won't find anywhere else, and, in the end, telling you that you'll just have to see it in person.

Here's the message the company sent out to its email list, titled, "When Paint Elevates Form to Art":

The Karma Revero's finishes are designed to mislead. Each one was created to appear one way in a given set of circumstances, but then reveal a degree of magic in new light.

You might look at a Revero in Borrego Black and see a standard dark finish. Inspect it closely in bright light, however, and a hint of midnight blue illuminates in the darkness – an appropriate signature given the world-renowned stargazing location after which this color was named.

Unlike Borrego, Anza Desert does not dabble in subtlety. This finish is one of our most complex, with various fine metals and micas layered into the paint. Anza Desert comes into its own while moving through direct light. As a light source shifts across the bodywork, the paint shimmers and flares as though someone had laced it with liquid mercury and gunpowder.

Translated crown of the sun, Corona del Sol uses a pair of clear coats to create its dramatic effect. One coat is for protection, and the other is warmly tinted to give the paint a hint of mystery and unparalleled depth. As its name implies, Corona del Sol sings in direct sunlight, where a yellow glow radiates from the deep red.

The paints are meticulously applied by two precision-choreographed robotic arms. The pair are almost human, dancing over the Revero's aluminum structure in our Moreno Valley paint booth - a glass and steel room that might look more appropriate as the lobby of a modern hotel than a component of a factory.

There are photos and there are videos, but the only way to really appreciate these colors is to view them in person. Then to look again.

We like the enthusiasm, to be sure, but we also think this is a bit over the top, and so we wanted to share.