New Nissan Leaf Coming In September, On Sale In 2017 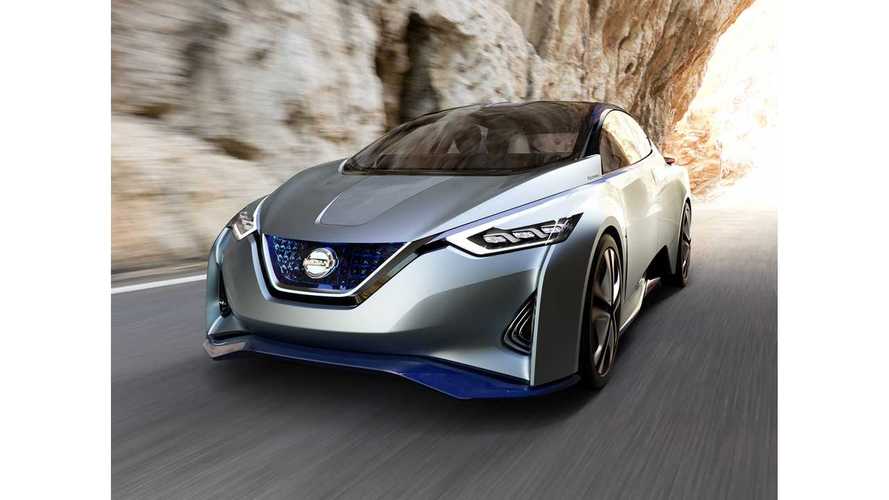 Tim Gallagher, the senior manager of Leaf and Electric Vehicles for Nissan, has confirmed to IEVs that the long-awaited all-new Leaf be revealed globally in September and finally go on sale later this year. We don't have any details about the new EV just yet, but there has been a lot of speculation and putting two and two together to try and figure out what's coming.

For example, we know it will have some sort of autonomous driving ability, specifically that it will be able to drive itself in a single lane on motorways. We can get some sort of feel for what the new Leaf will look like by imagining a production version of the IDS concept that was revealed at the Tokyo Motor Show in late 2015. Also, last summer, Nissan basically confirmed that the new Leaf will have a range of over 200 miles. By putting those things together, we can at least get a feel for the new Leaf, but we'll have to wait until the fall to see for sure.

So, what do you do if you're a Nissan fan and have a first-gen Leaf that's about to run out of its lease? Well, Nissan has a proposal for you, too. "Select" Leaf customers will be getting an offer to extend their leases if they expire in 2017 and haven't made other arrangements, to "potentially receive three months of waived payments on their extended leases, and be placed on a priority list for the all-new Leaf," Gallagher told IEVs. " We know we have plenty of loyal and passion customers and we want to keep them in the family. This gives them some options. We are pretty confident that the next generation Leaf - all together, range, technology, design and value - will exceed their expectations.  More details will be available in coming months, but for now - for those eligible - it is a way to stay in their car, get three months waived, and get on the priority list."

#Breaking: @NissanUSA's all-new #NissanLEAF will be globally revealed in Sept. & go on sale before the end of the year. 1 of 2

Better yet, many #LEAF owners can extend their lease, get 3 months of courtesy payments & get on the list for the next #NissanLEAF. 2 of 2