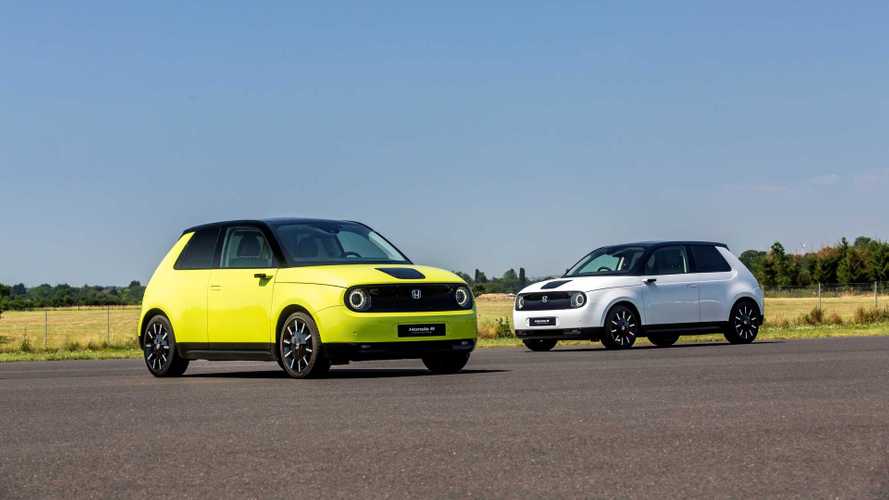 Honda has an ambitious but reasonable plan to electrify its vehicles in Europe. Called "Electric Vision," the plan was announced at the Geneva Motor Show today by Honda Motor Europe President and COO, Katsushi Inoue, who said that two-thirds of the company's sales by 2025 to have "electrified powertrains." That means hybrid, plug-in hybrid, battery electric or fuel cell vehicles. This is in contrast to Honda's global attitude. Last year, Honda CEO Takahiro Hachigo said that fuel cell and all-electric vehicles will make up 15 percent of Honda's global sales by 2030.

While a plan like this could easily be global, Honda has not made similar pronouncements for other markets. Honda says that, "the announcement confirms that Europe is at the forefront of Honda's global electric vehicle strategy." Inoue-san also said, "We will leverage Honda's global R&D resources to accelerate the introduction of a full portfolio of advanced, electrified powertrains for the European customer."

So, what does it all mean for Europe? Well, Honda's first two-motor hybrid vehicle will launch in Europe in 2018, for one thing. The company is also bringing over the Clarity Fuel Cell as part of the HyFIVE (Hydrogen For Innovative Vehicles) program. The Clarity Fuel Cell, "reinforces Honda's commitment to drive the adoption of fuel cell vehicles and the creation of a viable hydrogen refuelling infrastructure across the region," Honda says.

Honda might be feeling the electric pressure from competitors like Mitsubishi. As we said a few years ago when Mitsu outsold Honda in Western Europe, "prepare solid plug-in hybrids if you want to enter a path of growth in Europe." Looks like Honda now agrees.