BMW i8 Spyder Spied In The Snow 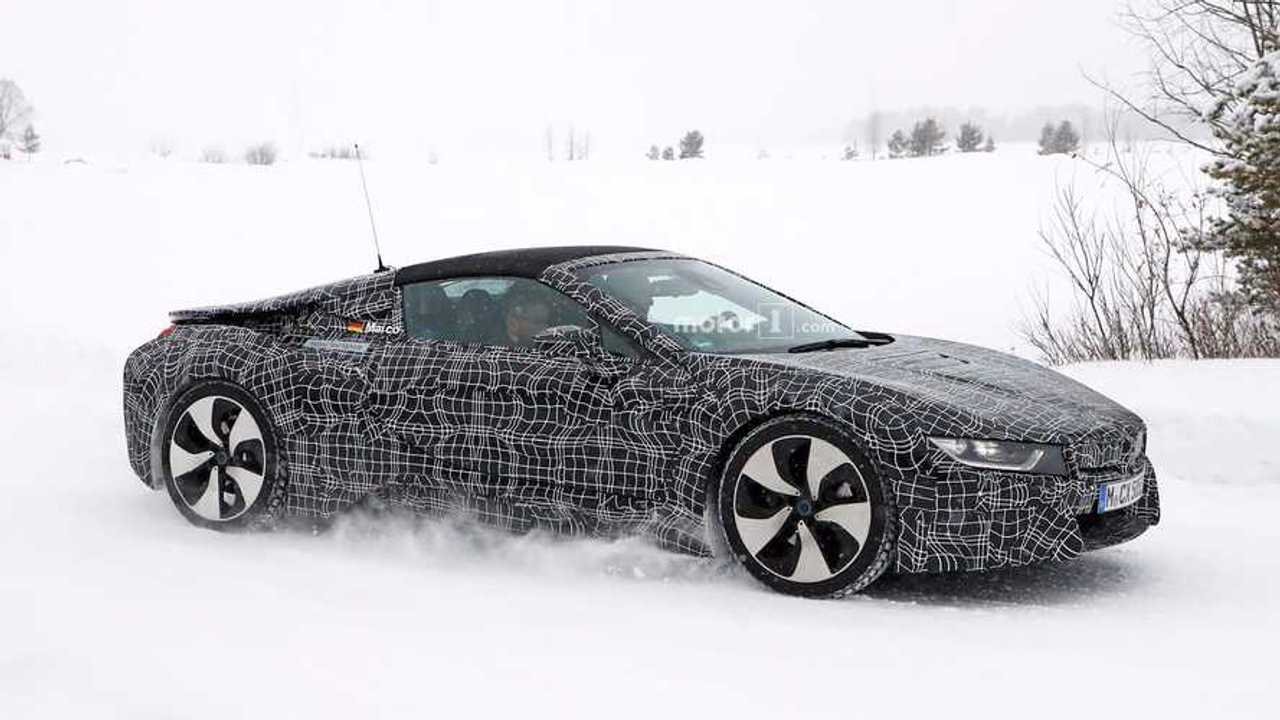 BMW i8 Spyder spied out of its element in the snow

The top is still on here, but that makes sense given the frigid weather.

After multiple concepts depicting the BMW i8 without a roof, the German automaker hasn’t hidden its intentions eventually to offer an open-top version. A new batch of spy photos is further driving home the point that the i8 Spyder is finally getting close to actually going on sale. When the high-performance hybrid eventually arrives on the road, don’t expect to see many of them on the snow-covered roads of Sweden like this example during cold-weather evaluations.

The Spyder ditches the coupe’s rear glass, and nacelles run behind the seats instead. Otherwise, camouflage covers the entire exterior of this prototype. It’s possible that the ample concealment might be necessary because this is the refreshed body for the i8. For instance, the front fascia appears to have a simpler design than the current part. Although, the piece could just be another way of setting apart the Spyder from the other body style.

Late last year, a report suggested that the refreshed i8 would arrive sometime in 2017 (pushed back to Spring 2018 now). In addition to a styling update, the hybrid sports car would allegedly get a 15-horsepower (11-kilowatt) power bump that would take the total output to 372 hp (277 kW). Battery updates might be among the improvements, too. For example, the version of the i8 that does safety car work for Formula E has a 10-kilowatt-hour pack, versus 7.1 kWh from the road-going version. An upgraded suspension would make the model a sharper handler, too.

Recent spy photos also show BMW testing a refreshed i3 with a similar camouflage pattern as this i8 Roadster. The concealment does quite a good job hiding the updates, but there appears to be a revised front bumper. A sporty i3S would reportedly also join the lineup by offering customers extra power and a firmer suspension.