Fisker eMotion To Debut At CES In January 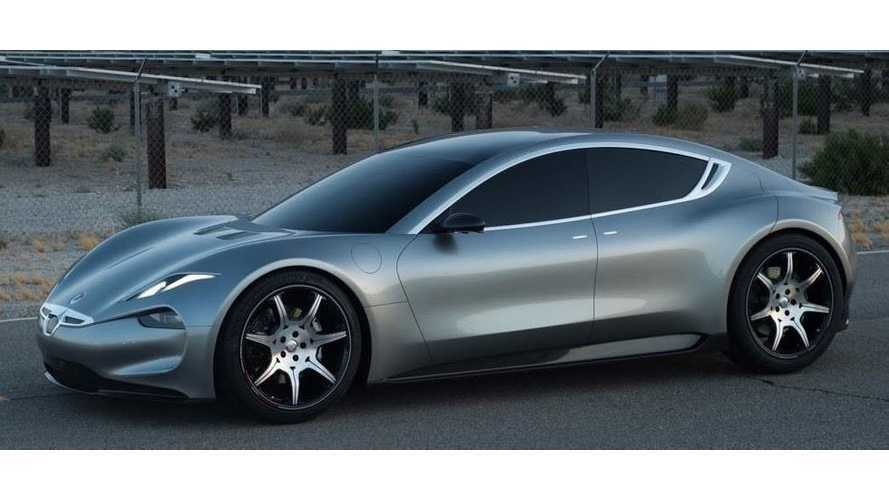 Fans of the Fisker EMotion will want to circle January 9, 2018 on their calendars. This is when the next edition of the Consumer Electronics Show (CES) kicks off in Las Vegas, where the all-electric sedan will make its official public debut, according to TheStreet.

So far, we've seen a handful of flattering photographs and gotten a number of intriguing tidbits about this ambitious vehicle. Come January, this trickle should turn into a flood and we hope to be swimming in details about this stunning automobile. This includes, of course, more info on the LG-supplied 400+ mile/145-kWh battery nestled within its "composite, carbon fiber and aluminum structure," along with the components that will propel it to a predicted top seed of 161 miles per hour (260 kph).

Closely connected to the new Fisker model is the "Ultracharge" ecosystem being developed with ABB. This DC charging setup is trumpeted as capable of giving a 100 miles worth of driving energy in nine minutes without a physical connection. That's about 200 kW being continuously pumped out and is a good bit better than the Tesla Supercharger network at the moment (135-150 kW). It's also quite a bit slower than the 350+kW rate of the Supercharger V3 that Tesla CEO Elon Musk tweeted about a while back. Of all the technology races going on at the moment, EV charging is among the most interesting, as it has the potential to create a dramatic inflection point in the transition to battery-powered transportation.

The EMotion isn't just about reestablishing the Fisker brand by marrying style and prestige with the power of potential (voltage). It also plugs into the autonomous vehicle (AV) future, so we are eager to hear more about the exact abilities of the LIDAR-aided autonomous feature and which company Fisker will partner with for this technology.

For us poor-of-pocket peons, the news of this CES debut carried a little nugget that may be more relevant to those of us who can't contemplate shelling out $129,900 for a car. As you may remember, the EMotion is meant to be just the first in a lineup of stylish vehicles from the pen of founder Henrick Fisker. Now, we have an idea of what price point the would-be automaker has in mind for this eventual "economy" car: $34,000. Of course, this is a totally coincidental $1,000 less than the base price of the just launched Tesla Model 3.

Now, far be it from us to tell anyone how to run their auto business, but releasing this number now seems a little like putting the cart before the horse. Before it can begin building its initial model, Fisker needs to get financing in place, so perhaps it's a little early to begin printing price tags for a future car. Also, seemingly targeting Tesla in this way isn't likely to gain it many fans. Better to focus on being Fisker and creating a compelling car than splitting $1,000 hairs. Can I get a witness?