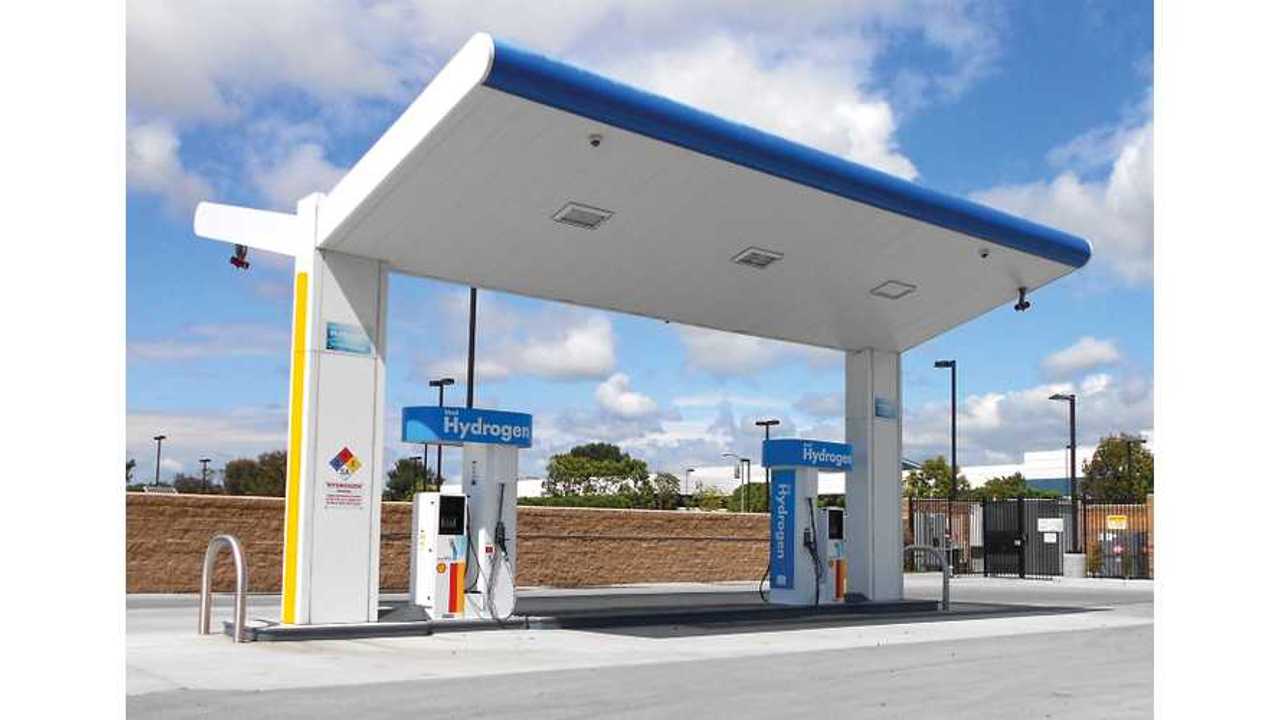 California has survived long enough to see the milestone of having its 30th retail hydrogen fuel station for FCVs completed.  #30 was installed at the Shell station in Torrance, California and is available 24/7.

It's also the only hydrogen station in the U.S., which is supplied hydrogen through a pipeline.

The bad news is that California has added just 2 new hydrogen stations since out last report (up from 28), over the past two+ months. That's one new station every month or so. So, using our elite math skills, we estimate by the end of 2017, about 34 stations will be available.

The total number of hydrogen cars that could use those stations is still is below 2,500 in the state.

The latest ARB report (released in August), pegs FCV registrations at ~1,600 through April, and we can add up to a further 630 new registrations through the end of July - mostly Toyota Mirais (373) and Honda Claritys (250); assuming that the bulk stayed in California, total FCEV registrations are now around ~2,100 units.

To give some context to the recent growth spurt, just 311 were registered through April 2016.

Although, if we conservatively peg California for accounting for half the U.S. sales of passenger fuel cell vehicles, there will be no more than 75,000 sales nationwide within six years. So, not so good from a wider business/market viability perspective.