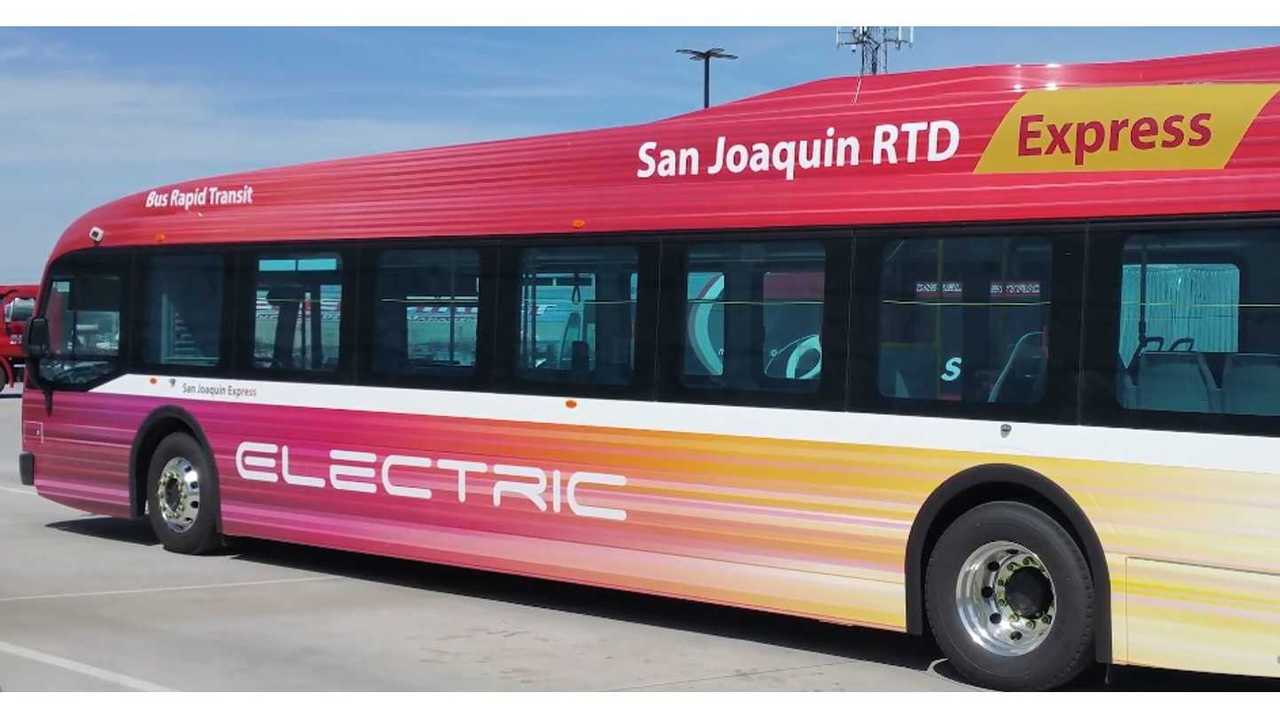 RTD switches to all-electric buses on route 44 using new EVs from Proterra, which are capable of driving up to 40 miles or 2 hours on a charge (with uber-fast charging to stay topped-off, taking about 10 minutes).

"At the time of the conversion, Route 44 will be extended to serve passengers from the Downtown Transit Center (DTC) in Central Stockton to as far south as Qantas Lane near Arch-Airport Road.  The change will enable people who work or study at locations such as PG&E, Dorfman Pacific, Venture Academy, San Joaquin County Office of Education, and the Economic Development Department Qantas Lane office, to commute rapidly and economically."

"The price of each bus is approximately $850,000.  RTD received grant funding to cover the cost of the new electric buses."

“We at RTD are proud of our history of commitment to clean energy initiatives. With the nation’s first all-electric BRT route, RTD and Stockton are now leading the charge in providing safe, efficient, reliable, and exceptionally clean transportation to people who live and work in south Stockton.”

The Second all-electric BRT route is to be launched by RTD in January 2018, along the MLK corridor in South Stockton - that route will connect with RTD’s existing three BRT corridors.

By 2025 all routes serving the City of Stockton are planned to be converted to 100 percent electric, zero emission buses.  Which sounds like a pretty swell idea to us!