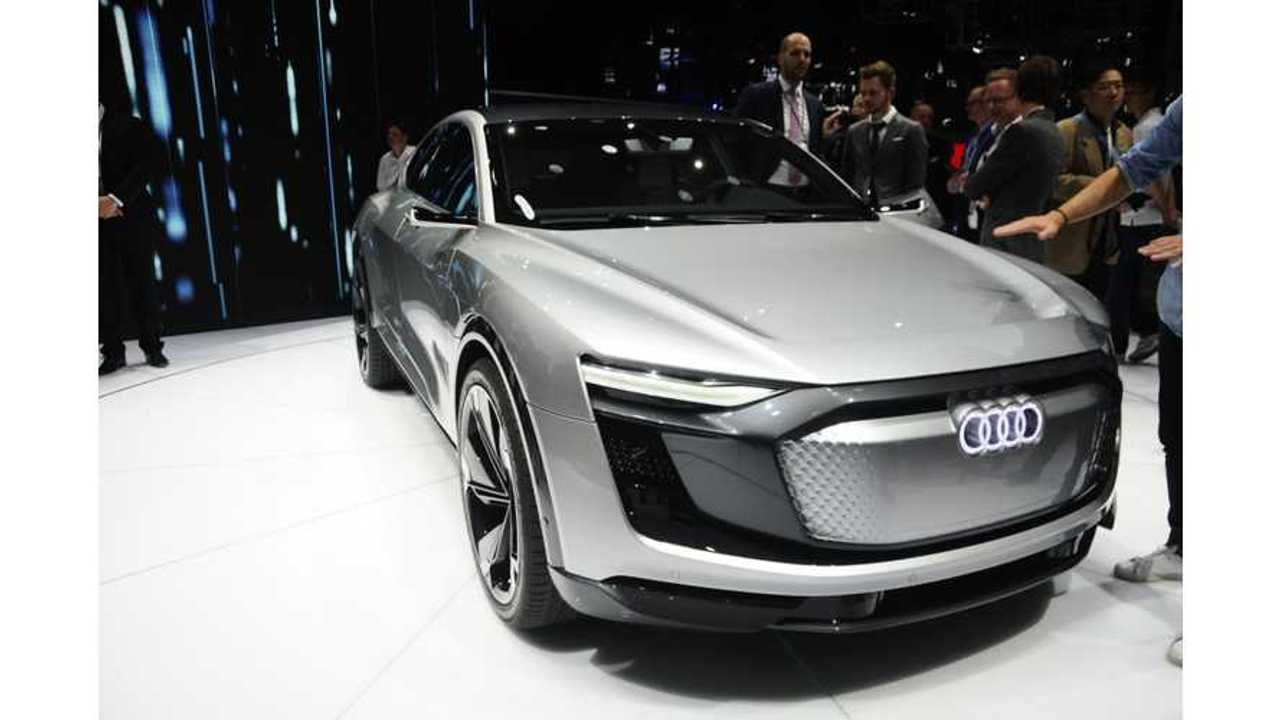 Audi is aggressively pushing to move its E-Tron Quattro Electric SUV to market before the Jaguar I-PACE to claim the title of "first premium electric SUV."

But wait ... what about the Tesla Model X. Oh yes, Jeep has already made us well aware that it doesn't count. But we digress ...

According to Autocar, an Audi exec shared that beating the I-PACE may be a bonus for jump-starting sales. He said it would make Audi the:

We were already aware that Audi doesn't see Tesla as a "real" premium automaker but surely considers the Silicon Valley outfit as a competitor worthy of heckling, but let's stay on topic.

Dietmar Voggenreiter, head of Audi sales and marketing, verified that the E-Tron is set for a 2018 release. That's when Audi believes that the battery technology will make the vehicle a viable option. He explained:

He also shared that Volkswagen Group has been working alongside rivals like BMW, Daimler, and Ford to assure a fast-charging network is in the works.

“It’s not our job to invest in charging points. We are pushing and organizing this, though, and working with partners on it.”

The upcoming Audi electric SUV is said to have a range of at least 311 miles (500km) - NEDC. It's built on the same platform as the Porsche Mission E, which is set to arrive in 2019. The E-Tron will be powered by three electric motors, with the ability to crank out 496bhp and 590 pound-feet of torque, similar to what was shown in an early concept in 2015. Audi says it can run a zero to 60 sprint in 4.5 seconds and has a top speed of 131 mph.

The German luxury automaker chose the SUV body style due to the immense popularity of the segment. Voggenreiter added:

“A lot of customers have been asking when we’ll bring this car to market. There is certain demand in the premium segment and we’re not being first to market for the sake of it; it’s the right product. It’s a real SUV, with Audi design language.”

The idea makes perfect sense, and Jaguar is on the same trail, anticipating its I-PACE to garner huge success. However, the British-based automaker has already entered the I-PACE into pre-production to some extent and could have its pure-electric SUV to market by the first quarter of next year. Audi will have to push hard to live up to its projections, and even harder to get ahead of Jaguar. It's high time for Audi to start producing electric vehicles instead of electric-vehicle press releases.